On January 7, 2020, Neil Peart passed on, and music lost probably its greatest drummer.

I'm not a drummer, so I can't really comment on what I think were his best riffs, but I've always thought that his lyrical prowess is what elevated Rush to the legendary status that they achieved.

So in honor of Neil here are some Rush lyrics that I find myself quoting or thinking about often: 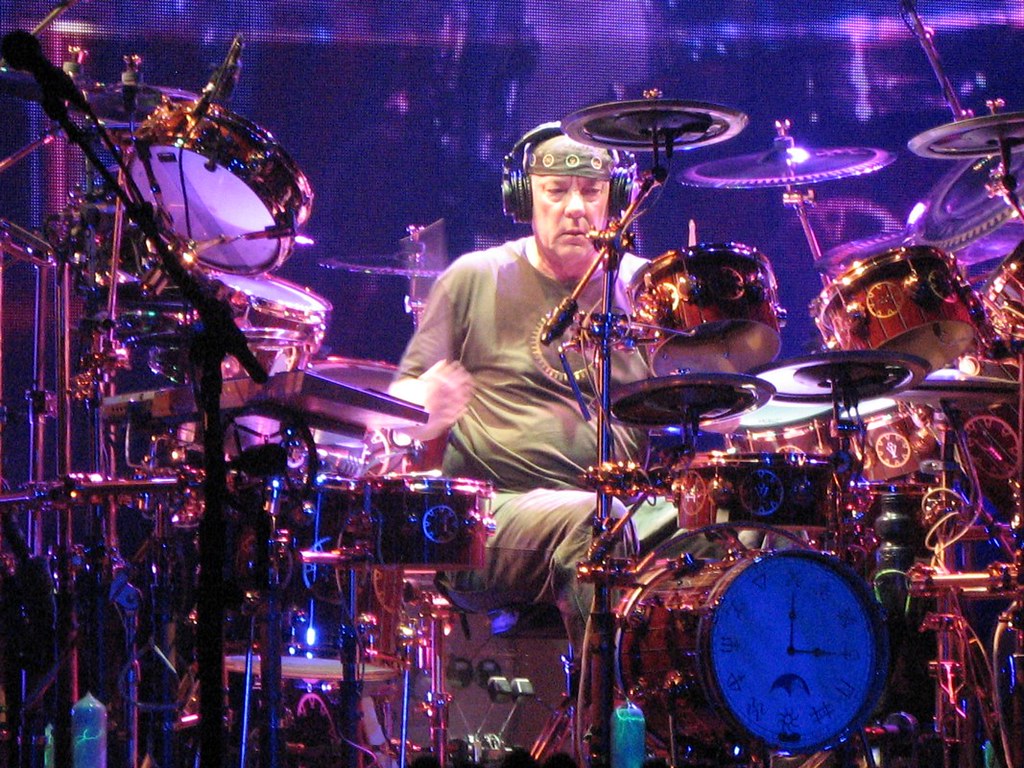 The more we think we know about, the greater the unknown
Song: Mystic Rhythms
Album: Power Windows (1985)

This line didn't really resonate with me until college. I thought that the more I learned about complex math and engineering concepts, I would eventually reach a point where I just "knew stuff", but what I learned instead is that the more I discovered, the more I realized that I had only scratched the surface. This goes along with the Dunning Kruger Effect, wherein people who are mostly ignorant on a subject tend to overestimate their competence.

Presto is one of those albums that really grew on me the more I listened to it. Most of the songs have themes of illusion and magic as it relates to life, and Show Don't Tell really drives home the point with this line. Today more than ever we are acutely aware of how the forces of media and government attempt to twist our perceptions and using sketchy statistics and selective information. Reality, however, is absolute, regardless of the perceptions of many.

Emotion Detector is a goldmine of one-liner quotes, but I had to choose this one because it pretty much sums up the themes of the rest of the song. This quote has been good for my emotional health since starting a job, where performance evaluation is much less concrete than it was in school. In many aspects of adult life, we might do something good (in our mind) and think that it will be a moment that catapults our life to a new height (a "big splash"), but in reality the deed goes far less noticed by others than we would have liked, and turns out to only be a "ripple in the pool". It's easy to get discouraged in these situations, but I often think of this quote and it makes me feel better...thanks Neil!

We each pay a fabulous price for our visions of paradise
Song: Mission
Album: Hold Your Fire (1987)

I read somewhere that Neil wrote Mission to describe his thoughts on the fact that his lifelong dream had been to be a rockstar, but after achieving that he realized it came with a lot of things he didn't like (lack of privacy, life on the road, etc.). The song represents the duality of success and drive: that we are dissatisfied if we give up and do not achieve our dreams, but also dissatisfied if we do.

Floating high in the evening sky, I see my faint reflection; pale facsimile, like what others see, when they look in my direction
Song: Earthshine
Album: Vapor Trails (2002)

Vapor Trails is not considered one of Rush's best albums, but it does have a true gem in Earthshine. The song has a raw heaviness that is not present in many other Rush songs, combined with a theme that took me some time to truly appreciate.The phenomenon of earthshine is when, as the song suggests, the moon is a slender crescent on the horizon, and you can see a faint outline of the rest of the moon that is actually the light reflected from earth onto the moon and back to earth. Neil uses this as a metaphor to describe that when others see him, they do not see him in his entirety, but merely a pale reflection, similar to someone looking at earthshine and trying to make out the details of the earth's surface. As a fellow introvert, I can really relate to the idea that most of life is lived inside my head, and few, if any, people know me in the way that I know myself.

All four winds together can't bring the world to me; shadows hide the play of light so much I want to see
Song: Available Light
Album: Presto

Available Light brings home the ideas that Show Don't Tell started on the Presto album, continuing with the themes of illusion and perception. What this line has always meant to me is that all the sources of knowledge and information on earth can't give you a true depiction of reality. Similar to Earthshine, when you take in information secondhand, you are merely seeing a faint reflection of it. This can also be taken as motivation to have authentic first-hand experiences, and not live vicariously through different forms of media.

You can do a lot in a lifetime if you don't burn out too fast
Song: Marathon
Album: Power Windows (1985)

I read that Neil wrote Marathon when he got overwhelmed thinking of all the things he still wanted to do with his life, with the feeling that he was getting older and running out of time. He had to remind himself that there was still plenty of time, and that he shouldn't burn himself out trying to accomplish everything too quickly.

Some will sell their dreams for small desires or lose the race to rats, get caught in ticking traps, and start to dream of somewhere to relax their restless flight
Song: Subdivisions
Album: Signals (1982)

Subdivisions follows the "typical" course of middle class suburban life: social conformity in high school (or ostracization for non-conformity) and eventual "selling out" that leads to restlessness. The "some will sell their dreams for small desires" line hits pretty hard for me now that I'm an adult...who has a 9-5 job and lives in the suburbs. While I'm not exactly sad at the way my life has unfolded, I sometimes wonder if I sold my high school dreams for small desires...and am currently losing the race to rats.

The Analog Kid is probably my favorite Rush song, and I wrote an entire article about it several years ago that you should totally check out. It's a classic coming of age story that captures the restlessness of adolescence; describing a boy who simultaneously doesn't want to grow up but also feels a strange need to leave the life he knows. This line captures the emotion in the song beautifully, and comes right before Alex unleashes an absolute face-melter of a solo.

The measure of a life is a measure of love and respect; so hard to earn, so easily burned
Song: The Garden
Album: Clockwork Angels (2012)

Clockwork Angels is the last studio album by Rush, and is a brilliantly written concept album that has a great novel to go along with it. This lyric is fleshed out further in the book as sort of the central takeaway for the main character, who learns that life is about the balance of love and respect; respect without love is fear and love without respect is pity. I tried to flesh these concepts out further in this article. All too often I think we try too hard to get one of these two characteristics, but it's important to remember that both are necessary.

Probably Neil's most memorable lyric, it sums up the troubles he had in dealing with fame as a private, introverted guy. Whenever he was approached by fans he had a hard time being as jovial as his bandmates, because he couldn't feign an emotional connection with someone whom he had just met. I think it's important to remember if there ever comes a time where you meet someone who has some level of fame such that you know them more than they know you...understand that they might not be quite like you thought they would be. Have some grace if they are standoffish, since they might be worn out from meeting people like you.

What are your favorite Rush lyrics? Was I way off on any of my analyses? Let me know in the comments!

One thought on “A Selection of Neil Peart's Best Lyrics”