This post could probably apply to a lot of colleges, but I thought I'd give a shout out to my alma mater.

There is a lot of angst these days from people my age, many of whom are coming to the harsh realization that getting a college degree doesn't automatically give you a fast-paced high-paying job soon afterwards.

Truth be told, I even wondered this while I was in graduate school. Having graduated from Georgia Tech in Electrical Engineering with highest honor, I felt pretty good about myself. Georgia Tech is, after all, consistently ranked among the top engineering schools in the country, so graduating from there with honors should indicate that you are pretty smart, right?

In graduate school, however, I met many students who had graduated from varying universities, and a lot of them seemed like they knew much more than me. One friend, in particular, graduated from a college I had never even heard of, and yet he could talk circles around me when it came to varying electrical engineering topics. I began to seriously question why Georgia Tech was ranked so highly (and why many recruiters laud Georgia Tech alumni). If the school is so good, and if I did well at the school, then why do other people seem to know more than me?

It is a question that I am slowly getting an answer to, and the answer dives into the core of what makes college a worthwhile experience for some and a waste of time and money for others. 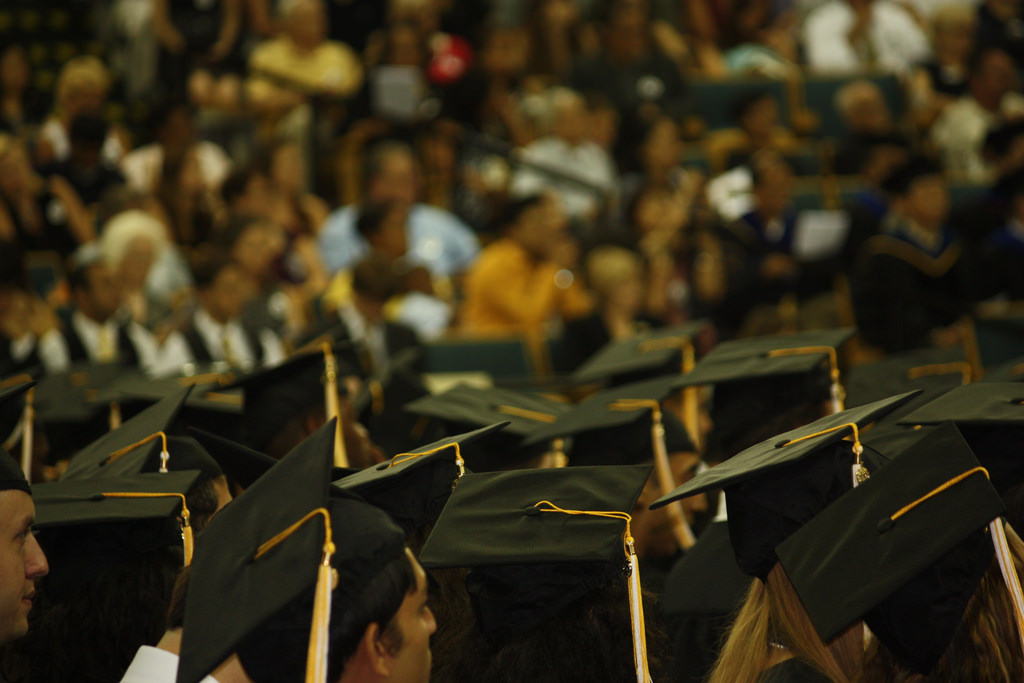 Some Colleges Get A Lot Of Attention, And That Matters

America is, for better or for worse, a credential society. Sure, your unique set of skills, knowledge, and experience means a lot more than a piece of paper that says you graduated from somewhere, but it takes other people a lot of time to get to know the "real you", and not very much time at all to look at your alma mater.

For a variety of factors, some colleges are rated higher than others on various lists, and companies do look at these ratings when determining who they should hire. A degree in Computer Science from North Witchakakowie Community College is worth less than a degree in Computer Science from Carnegie Mellon. If you went to a good school and got a good GPA, then you will more than likely get called before other candidates for job interviews, and will probably be given the benefit of the doubt during your interview if you screw something up. Going to a good school basically gives you a head start. Do graduates from good schools succeed because of the school, or were they just smart anyway and went to a good school because smart people go to good schools? It's probably a little bit of both.

Engineering degrees from Georgia Tech are not given, they are earned. As a freshman, when I told people older than me that I was a "double-E" (electrical engineering major), they would usually chuckle and say something to the effect of "for now". And to anyone who said that to me: "Ha! I made it! I got out!" (Side note: when you graduate from Georgia Tech you don't say "I graduated!" you say "I got out", à la "I got out of prison." )

Now, engineering degrees are no cakewalk at any college, but at Georgia Tech there seems to be a special culture that feeds off of misery. There is a weird sense of pride that comes with bad situations, and it is not uncommon to hear students "bragging" about how much their life "sucks" at the moment. For example, if someone ever starts complaining about how they got a 50% on a test, get ready to hear everyone else chime in with their lowest test scores until a "winner" is found. Or if someone complains that they had to pull an all-nighter, there will inevitably be someone else who says they stayed awake for 48 hours straight, or someone else who says they pull all-nighters weekly. It's a very strange social structure.

Of course, when I was a part of all the misery, I wasn't a huge fan. There were many times in my first and second years when I stopped and wondered if I was really cut out to be an electrical engineer. Sitting in class or studying or doing homework or working on a project from 9 a.m. to 2 a.m., day in and day out, starts to wear on you after awhile. On top of that, it's a fairly crushing blow when you study really hard for a test and still fail it, or spend countless hours meticulously working on a project, only to get points deducted for not having a white background on your graphs (happened to me once).

But it isn't just the academics that create misery. Any guy who went to Tech will tell you that there are "no girls" there. In actuality, the female population was somewhere in the 30-40% range when I was there, which doesn't sound too bad, but it seemed a lot worse most of the time. It was fairly typical to go to a non-fraternity party at Georgia Tech with 20 guys and 2 girls (and both girls had boyfriends...and their boyfriends were more attractive than you). Of course, the mantra for girls at Tech was "the odds may be good but the goods may be odd", implying that the average Georgia Tech male was awkward, nerdy, and unattractive. While that may have been true to some degree, there were still plenty of attractive and smart guys at Tech..and it's not like every girl at Tech was a supermodel either.

All of these "hardships" worked together to build something in the Georgia Tech student body that, from what I've heard, many colleges today are not building: emotional resilience.

One could argue that college should be a transition between childhood and adulthood, a place where people can learn to be responsible adults without quite as many of the pressures of adulthood. For many Americans, though, college is more of an escape from adulthood. It's a place where they are free to live whatever kind of life they want, hang out with friends daily, go to fun parties, and sleep with a bunch of people. For all too many, life after college can be a tough transition. All of the sudden your survival depends on a rigid work schedule, you can't see your friends as often as you'd like, and parties aren't as plentiful. If you grew accustomed to many sexual partners, then "settling down" and getting married might not come very naturally.

For many a Georgia Tech student, adulthood is actually a fairly easy transition. The thought that one day I would only have to work 40 hours a week is what kept me going every time I was working to finish a project at midnight.

As a freshman, I would frequently be distraught over a bad test grade or getting points deducted on a project for "stupid" reasons, etc. By the time my senior year came around, I was pretty much completely emotionally numb. Test grades that were once met with cold sweats were shrugged off as "temporary mistakes". Further, I actually learned to feed off the stress of college. The harder that things got, the better I became. Stress was a drug that pushed me beyond known limits.

And so, when I walked across the stage to get my diploma (which was actually just a rolled-up picture, since graduation occurred before grades were posted, and I hadn't technically graduated yet...which is a very Georgia Tech thing to do), I felt a sense of pride, a sense of relief, but also a sense of awe. My eyes and ears were telling me that I had done it, that I had completed the task, achieved the grade, and won the game, but I almost didn't believe it. I didn't doubt my effort, I had just gotten so used to things not being easy that I couldn't believe I had jumped the final hurdle.

Georgia Tech is not a safe space (literally, the campus is a dangerous place to walk after dark). It's not a fun 4-year getaway where you can retreat from the difficulties of life. It is life, in all its cold and emotionless efficiency. No one cares about your feelings, no one cares if you pass or fail, no one cares if you are happy or not. If you aren't prepared for that going in, then the transition can be rough. But, on the other side, after several years of hell, you can emerge a stronger, wiser, more confident (perhaps arrogant) individual who is ready to take on whatever the world has to throw at them.

The greatest achievements are those that come when, in the moment, you honestly had no idea if you would succeed or fail. As a Georgia Tech student, I frequently had those experiences, I had doubt, and I sometimes debated if I had the will to carry on. At the end of it all, though, you can look back, puff your chest up a bit, and proudly say:

3 thoughts on “The True Value of a Georgia Tech Degree”