AOR stands for "Album Oriented Rock", and is basically a subset of rock music known for melodic song structures with high vocals, lots of synth, power chords, and bright catchy choruses. For that reason, it is often referred to by "AOR Melodic Rock".

Mainstream AOR bands include Journey, Boston, Styx, Survivor, etc., but over the years I have amassed a knowledge of some AOR groups that didn't quite make the mainstream cut. Reasons for this vary, but they either just didn't have good marketing, came into the game too late, were a bit too cheesy for everyone, or some combination thereof.

So, here are ten songs that I sometimes jam out to when no one is around. I'm not exactly proud that I enjoy them, but hey, we all need guilty pleasures in some shape or form.

In no particular order:

Starship: "It's Not Enough"

Starship is the third incarnation that started with Jefferson Airplane, then became Jefferson Starship, and finally just Starship. Over that progression, they went from Psychedelic rock to...something much cheesier. This song is a good example. Since they were mainstream enough we have the pleasure of watching a rad '80s music video, which makes me laugh for so many reasons. Not gonna lie, I still sometimes sing the chorus at the top of my lungs.

Bad English: "So This is Eden"

Bad English was something of a supergroup formed by the guitarist and keyboardist from Journey and the singer and bassist from The Babys. Their biggest hit was "When I See You Smile", but I think this is a better song.

Honeymoon Suite is from Niagara Falls, Ontario, and got their band name from the fact that Niagara Falls is the (unofficial) honeymoon capital of the world. The music video for this song artfully combines stalking with death by fire. Favorite lyric: "I wanna hate you but I'm still in love."

There isn't a whole lot of info about Outside Edge on the world wide web, but they apparently started in the '70s as a band called Blackfoot Sue. This song has a fairly interesting transition into the chorus, check it out.

Work of Art is a Swedish band that actually formed more recently than the '80s, and in fact released a new album not two years ago. Favorite lyric "it's not too late, but it's now or never."

Fun fact about Dare, their keyboardist in the '80s was Brian Cox, who, after his band days were over, decided to get his PhD in Physics and went on to host several BBC science shows. So that's pretty neat.

FM: "Can You Hear Me Calling?"

FM is the name for two bands. One is a Canadian progressive rock band and the other is a British AOR band. This is the British one. They are probably named after "frequency modulation", a method for transmitting radio frequency signals that encodes data by altering the frequency within a narrow bandwidth. It is a popular method for broadcasting music because the signal encoding does not depend on amplitude, meaning that variations such as lightning strikes or other weather phenomena (which cause sudden amplitude variations) do not degrade the quality of the signal. While FM is less bandwidth-efficient than AM, since its frequency spectrum is in the 88-108 MHz band (two orders of magnitude above AM), the antennas needed to both transmit and receive FM radio can be much smaller, since simple dipole antennas are half a wavelength, and wavelength is inversely proportional to frequency.

Final Frontier featured lead singer Rob Moratti, who later left to join Saga. This music video takes several opportunities to show us his physique. As a side note, if you really listen to the lyrics to this song, you'll find that they are filthy. Another side note, the guitar solos are fantastic. Kind of a neat camera trick they use to show the nighttime street scene in the guitar fretboard.

Norway is an AOR band from........New Jersey! I debated whether to put "Tell Me" or "Night Dreams" on this list, but settled on "Tell Me". They sound pretty similar...

Cheesiness Level: Those wheels of Brie that I always eat at parties so I can avoid talking to people

China Sky: "Some Kind of Miracle"

When I was a sophomore in college, I took a circuit analysis class. It was a pretty tricky class, and I didn't do so hot on the second test, so I really needed to ace the final in order to get an A. Definitely jammed out to this song to wake myself up for the 8 a.m. final, which I took on practically no sleep. Got a 97 and rewarded myself with some Chick-fil-A breakfast. Thanks, China Sky.

Alien: "Go Easy"
Boulevard: "In the Twilight"
Atlantic: "Power Over Me"
W.E.T: "One Love"
Talisman: "I'll Be Waiting" 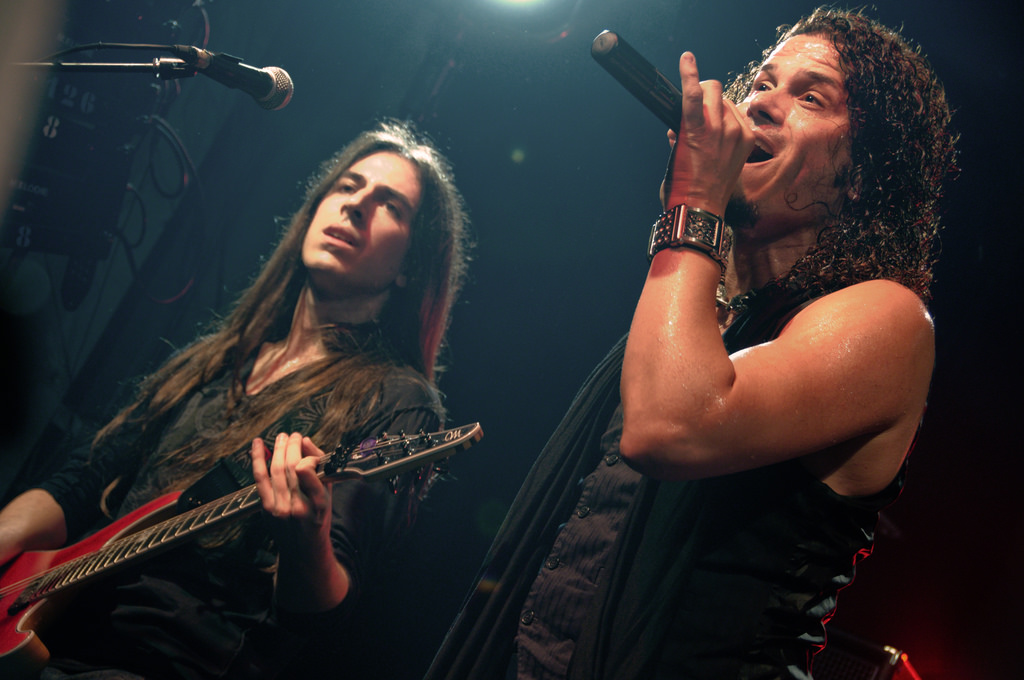