You are going to have to go through trials of varying degrees. Life is not all butterflies and rainbows, sometimes there have to be dark patches. The good news is that without the darkness, there can be no light (a phrase I picked up from watching painting videos by Bill Alexander, a teacher of Bob Ross).

Unfortunately, the dark patches tend to be difficult to handle, (some more than others). If someone lets you down for the sake of their own self-interest (like a co-worker stabbing you in the back to get a promotion you deserved), this can be a hard pill to swallow. It's probably not the worst of situations, but can certainly feel like it at the time.

For those moments, however, there is a song that comes to mind by the band Rush (who I've written about before on this site), that may be able to put you at ease. As I've also said before, if Rush isn't your cup of tea, then please continue to read on, as you can still glean things from this post.

What is the song? Well it's one of their newer ones off of the album Clockwork Angels, which is a concept album that was also made into a novel by Kevin Anderson. I'm going to make some allusions to the ending of the novel, so if you haven't read it then I highly recommend dropping what you are doing, picking up a copy, reading it, and then come back here.

If you haven't read it and don't mind me spoiling the ending, then here we go.

The song in which I am referring to is "Wish Them Well," which is brought up towards the end of the book after the climax.

Here it is for reference:

In the novel, the lyrics really come into their own, as the context is much more easily understood. As the title suggests, the song is about "wishing them well", and by "them" it basically means "your enemies."

To understand the context a little better, allow me to spoil the ending of the book for you:

The novel basically depicts a somewhat Utopian, somewhat Dystopian world in which a "watchmaker" controls everything. This watchmaker is all knowing, and understands all the little forces in effect that make his society move smoothly. The citizens of the society have little personal freedom, they are predestined to live whatever lives are deemed necessary and are not able to venture away from this. In short, it is basically a world in which authoritarian socialism actually works.

While the society exists in a state of constant stability, there is an "anarchist" who seeks to disrupt that stability. As his name suggests, the anarchist wants there to be chaos, a lack of control, and freedom. The anarchist basically represents pure libertarian-ism, and resorts to terrorism in order to make his vision come true.

The story follows Owen Hardy, a "normal" young man who thinks a bit differently than everyone else, and rejects his predestined nature. This defiance is noticed by both the watchmaker and the anarchist, who both try to recruit him to be on their side.

In the end, he basically "chooses not to decide" (a reference to the Rush song "Freewill"), and rejects both the watchmaker and the anarchist in favor of a quiet, secluded life in which he avoids them. This is perhaps not the ending that one would expect from a typical adventure story, I at least was expecting some sort of showdown between the three of them that ultimately ended in Owen "winning", but I liked the actual ending more. 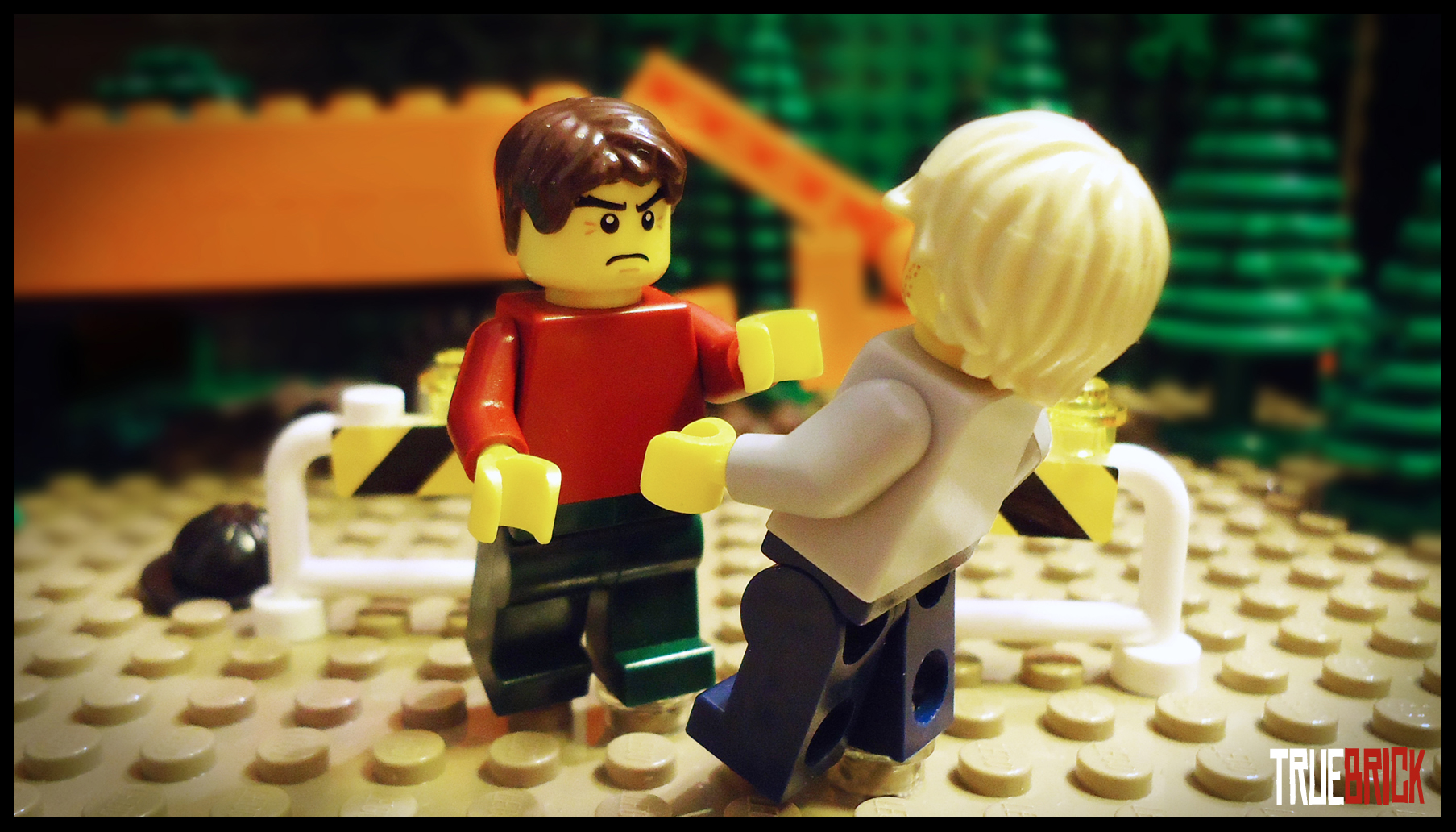 I mean, it still could have used some sort of fight scene
Image Credit

The reason I liked the actual ending is that it is realistic. It basically acknowledges the hard truth that a normal boy, no matter how extraordinary, simply can't change the status quo of an entire society. This may seem like a jaded concept, but it is ultimately the right one.

Far too often, people think they are capable of greater changes than they actually are, and when these changes don't happen, they get depressed. Sometimes you just have to accept the fact that some people, some places, some situations, can't be changed, at least in the time frame that you would like.

Which brings us to our song, "Wish Them Well". After Owen runs from the watchmaker and anarchist, he settles down, marries his dream girl, and lives a quiet life in the countryside. The rest of the world keeps turning as before, with the watchmaker and the anarchist in a constant battle between order and chaos, and Owen simply lives his life.

He at first wishes that the world was not this way, and feels angry that neither the watchmaker nor the anarchist "get what they had coming", but instead of feeling prolonged anger and resentment about this, he is able to move on by "wishing them well."

The lyrics that really drive this home are:

As people, we are desperate to believe in the notion of Karma, in which "what goes around, comes around." Books, movies, and television tend to reinforce this belief, as the bad guy always loses in the end, and the good guy always wins, gets the girl, solves all his problems, etc.

In any case, whenever you feel like someone else has gotten away with something that they don't deserve, or that you deserved more, it's easy to feel angry. It's easy to want revenge. But revenge is a nasty thing, and the pursuit of revenge often causes more harm than good, and ultimately prevents you from moving on with your life.

For example, your significant other leaves you for someone else. Don't go set their car on fire. You'll end up in jail, they'll still be with the new person, and will feel quite assured in their choice to leave you, since you turned out to be a crazy person that sets other people's cars on fire. Instead, wish them well, move on, become a better person that no sane human would ever leave, and find a better relationship.

This approach may seem overly passive. It may seem like you are "giving up." In a sense, you are. You must realize, though, that you are not giving up on everything, just this one situation. You must always remember to maintain a sense of action. Treat the situation as an opportunity for self-improvement. When a sports team loses a game, the first thing they do is study the game film, and try to figure out where they went wrong. They acknowledge that the other team won, but they don't give up and accept that the other team always has to win. You can't change the past, but the future is yet to be written.

Now, not all situations are worth giving up on, and the knowledge of when to truly give up on something must ultimately come with experience. Not every time a person betrays your trust do you need to "wish them well" and cut them out completely. Many problems are solvable, don't let a small mistake turn into a big deal.

There are, however, some times when cutting and running is simply the only way. If your coworker gets a promotion and you don't, then there isn't really much you can do for that situation. You just have to wish them well, become a better (or smarter) worker, and don't let anyone steal your promotion again. If your girlfriend leaves you for someone else, then there is nothing that can undo that situation and allow them to regain your trust. Just wish them well.

Yes, it's going to be hard to do. Everything in you is going to want poetic justice. But poetic justice is a fantasy. Let them win the battle, and keep fighting your own war. Just remember that holding grudges just makes you angry, it doesn't affect them at all.