When people think of "metalheads" (i.e. those who enjoy listening to metal music), they might think of a big, scary looking dude with lots of tattoos and piercings and such. While these sorts of metal fans certainly do exist, it may surprise you to know that many metal fans are, in fact, nerds.

There are various comment threads on the interwebs that seek to answer the question: why do nerds enjoy metal? Also a pretty good article on metalhead stereotypes that need to be debunked, the first of which is that metalheads are dumb.

So why do nerds tend to enjoy metal? Well, the first thing to note is that not all nerds (a.k.a. smart people) enjoy metal, and not all people who enjoy metal are geniuses, obviously. Listening to metal probably won't make you smarter any more than listening to rap will make you a gangsta.

The first and foremost reason many nerds tend to flock to metal is because metal is something of an "outsider" genre of music. Since academically or creatively gifted people tend to think differently than others, they more often than not tend to be social outcasts. Metal is a form of music that doesn't get a whole lot of love from mainstream music listeners, so it has the ability to bring outsiders together.

The second, and perhaps lesser known reason, is that metal is extremely technical. To many, metal may seem like a lot of noise, but it is in fact very musically demanding. Metal musicians are some of the best in the world, and their musical compositions are often heavily influenced by classical pieces. It's a known stereotype that nerds listen to classical music, and metal is pretty much classical music played with heavily distorted guitars and booming drums. Eddie Van Halen, the Godfather of heavy metal guitar playing, was a classically trained pianist as a kid before he started playing guitar. His famous instrumental solo "Eruption" features a quotation of "Etude No. 2" by Rodolphe Kreutzer.

In my own life I've seen this played out time and time again. I consider myself a decently smart person, perhaps even nerdy, and I enjoy a fair amount of metal (I tend to not like the super hardcore stuff though, unless I'm in the gym). As a guitarist, I consider metal songs to be the ultimate test of guitar talent, and playing metal on guitar is really really fun. I've also known many a smart guy who enjoys metal (you usually don't find too many female metalheads, although I've heard legends of their existence).

A Primer on Prog Metal

While metal is a subset of rock music, it in itself contains a wide variety of subsets that metal connoisseurs tend to argue about (see, they are nerds). One of these subsets is prog (progressive) metal, which in my mind really speaks to the nerdy listener.

Prog metal can be thought of as an offshoot of prog rock, the difference being that it features more distorted guitar and aggressive melodies. Prog rock bands like Pink Floyd, Rush, and Yes came to prominence in the 1970s, and prog metal bands followed in the 1980s and '90s as metal became a more popular genre of music.

What makes a type of music "progressive"? While there are no hard and fast rules, prog rock and metal usually feature technical and "odd" rhythms combined with philosophical and complex lyrical themes to compliment the complexity of the music.

While many metal bands have elements of progressiveness in their music, I will highlight three which have adorned the label of "prog metal" bands: Dream Theater, Queensrÿche, and Fate's Warning. 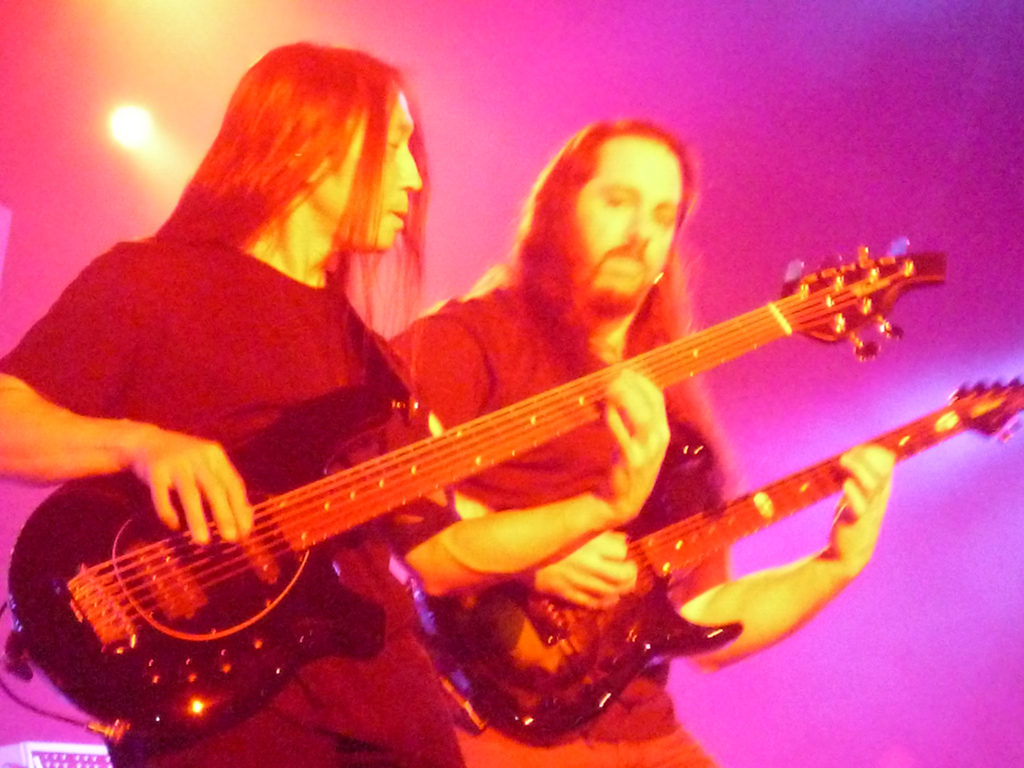 An important thing to note is that Dream Theater's style changed somewhat in the early '90s after signing singer James LaBrie, who has been with the band since.

While I cannot consider myself a Dream Theater connoisseur, I have listened to a fair amount of their songs. Here are the ones I would recommend for an entry-level Dream Theater experience:

Pull Me Under: Their biggest hit, contains fairly mainstream metal elements with dark, brooding tones. If you think your music player broke towards the end of the song, don't worry, the song intentionally ends abruptly.

Status Seeker: My personal favorite, a lesser known song off their first album about how becoming famous causes people to all-of-the-sudden want to be your friend.

Take the Time: An energetic and positive song that features some incredible musicianship and several melodic and rhythmic changes.

Lifting Shadows Off a Dream: A more somber composition that is, in my mind, quite beautiful.

Images and Words and Awake are two earlier albums featuring singer James LaBrie that are both really good. To be honest I haven't explored some of their later albums as much. 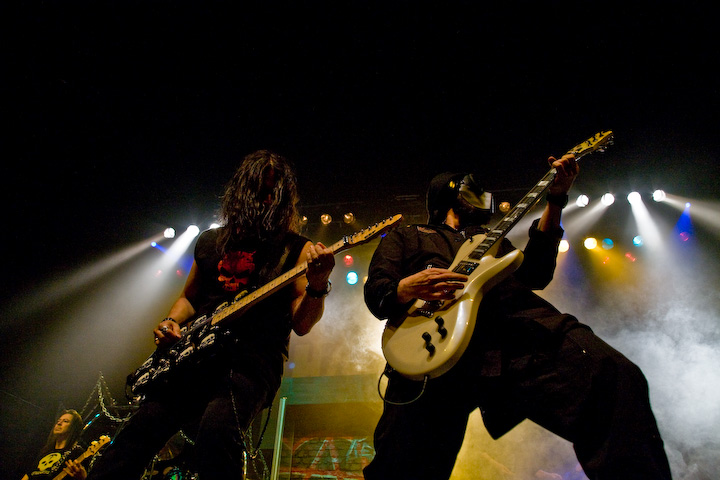 Queensrÿche (complete with the metal umlaut) was formed in 1982 in the Seattle area. They recently went through a somewhat nasty breakup with original singer Geoff Tate, who, after being fired from the band, decided to go off and tour with a new lineup under the same name. A lawsuit ensued over rights to the name "Queensrÿche", which the non-Geoff Tate bandmembers eventually won. Geoff Tate now tours with a new band called Operation Mindcrime, the name of one of Queensrÿche's most popular albums.

Queensrÿche is definitely an acquired taste, and it took me a decent while to really learn to appreciate them. I eventually came around after I went to one of their concerts a few years ago and was pretty blown away with the musicianship.

Another Rainy Night: A pretty catchy song about a terrible girlfriend/wife. Geoff Tate's vocal range is quite impressive.

I Don't Believe in Love: Featured on my list of best songs to get you through a breakup, it's a good one to pump a fist to.

Silent Lucidity: One of their more popular songs. It's pretty mellow in song structure, so if you don't like the typical metal sound then this may be for you.

Best I Can: One of the first Queensrÿche songs I started listening to. It's pretty good if you wanna get really motivated to do something.

The Lady Wore Black: I think this is the first song they ever wrote, and it rocks pretty hard.

Empire: Their album after Operation:Mindcrime which contains many of their commercial hits. 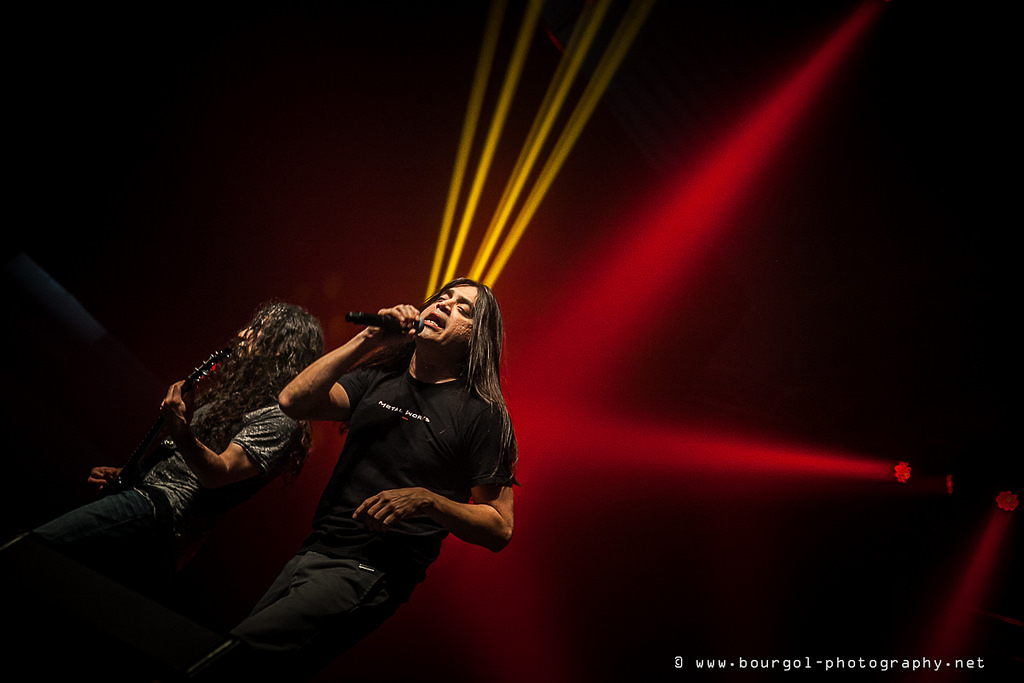 While they gained less popularity than the previously mentioned bands, Fates Warning is, in my mind, the best prog metal band of them all. They started off in 1982 as a more contemporary metal band, but changed to a more progressive style after singer Ray Alder joined the band in 1987.

Through Different Eyes: The song that introduced me to Fates Warning. It contains kinda depressing themes about getting old and looking for youthful vigor in others, but it's still a great song.

Eye to Eye: Big on eyes in their song titles, aren't they? This is one of their more commercially accessible songs, and is about a troubled long-distance relationship.

The Eleventh Hour: Featured on my list of best build up songs, this is a pretty fantastic ballad that starts off slow and gets really badass about halfway through. I've been known to leap out of my chair at the climax of it...when no one is around of course.

We Only Say Goodbye: I listen to this song almost daily, it's just incredibly powerful.

Perfect Symmetry: The album where they really started to find their stride, it features many complex musical and lyrical themes that are both thought provoking and entertaining.

Parallels: One of my favorite albums ever. From the first song to the last, the album hits you with all kinds of powerful lyrics and melodies.

While metal may not be your thing, it's good to realize that people who like metal aren't scary axe murderers (probably). Most of them are just normal (well, maybe slightly abnormal) people who are often very gifted. While many people may be turned off by some of the imagery in certain types of hardcore metal and may consider it violent and troubling, just know that metal bands aren't encouraging people to be violent and destructive. Metal is a form of expression, similar to a movie. Do you think horror movies encourage people to commit murders? They are just a of fantastical release, a work of fiction intended to entertain and perhaps inform.

So, never be afraid to bang your head.