Well, it's the week of Thanksgiving, also known as "hate week" for fans of college football rivalries. The Saturday after Thanksgiving is usually the time for scheduling in-state rivalries in the great sport of NCAA Football, and one of those rivalries involves my Alma Mater, Georgia Tech. 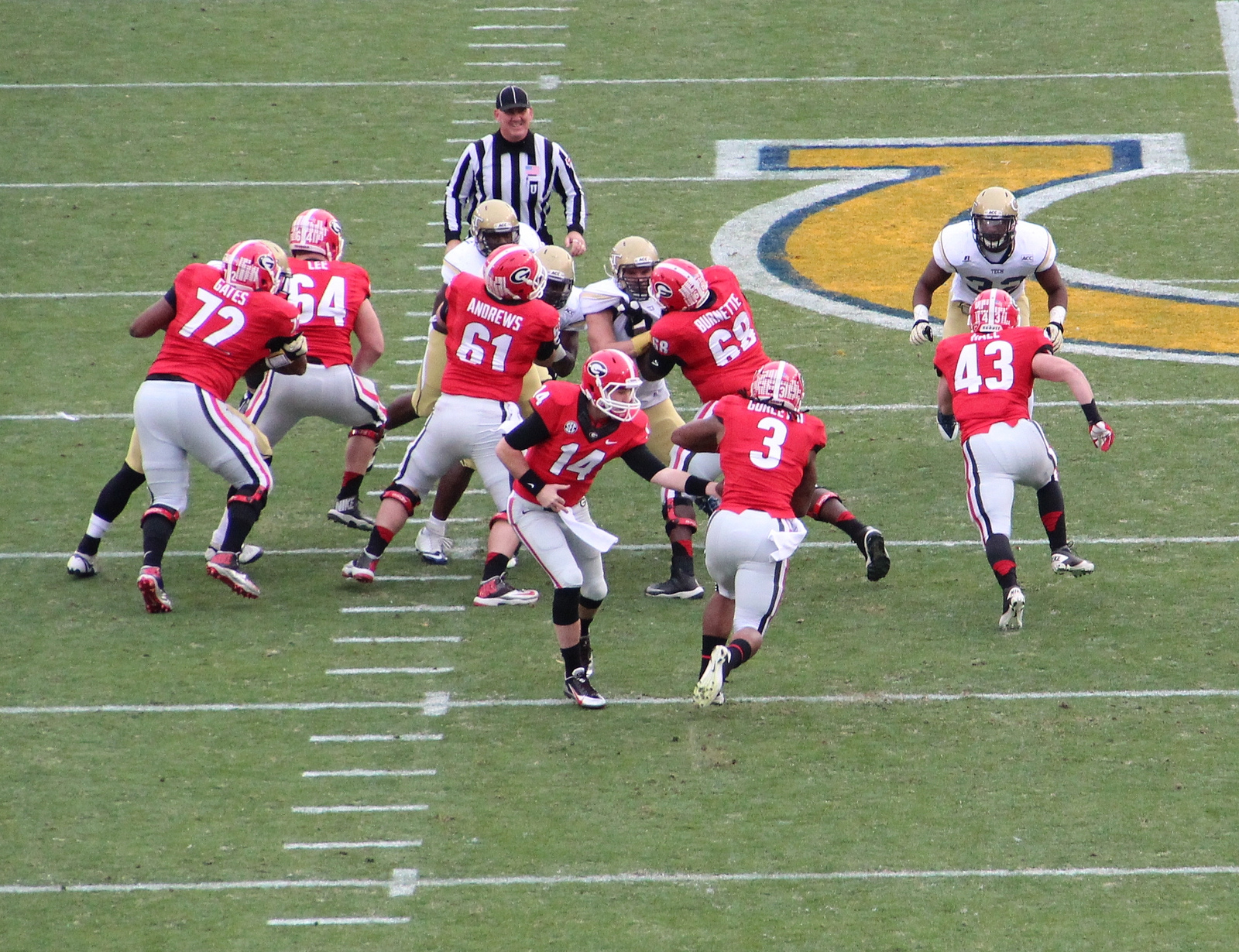 You'd think our defense would be better at stopping the run.
Image Credit

For those who are unfamiliar, the rivalry between the Georgia Institute of Technology (Georgia Tech) and The University of Georgia (UGA) has lasted for over a century and is known as "Clean, Old-Fashioned Hate". It may not be the biggest or the most important of the college football rivalries (the result of this year's matchup is largely inconsequential in the greater BCS picture), but the two schools really do hate each other.

Growing up in Athens, GA (location of UGA), I was familiar with rivalry, but never truly understood it until my junior year at Georgia Tech. As it turns out, the rivalry isn't about just football, it's really about tensions within the American South.

To really understand and appreciate the rivalry, one must take a look at history first. UGA was founded in 1785 as the official liberal arts school for the State of Georgia. Georgia Tech was founded exactly 100 years later in 1885 as a public institute of technology (although it was called the Georgia School of Technology when it started).

When Georgia Tech was founded, it was really the first school of its kind in the American South. In Antebellum times, the South had a primarily agrarian economy, but a little event called the Civil War changed all that.

The Civil War killed more Americans than both World Wars combined, and left much of the South in ruins. Atlanta, Georgia, in particular, was burned to the ground by Union General William Sherman. The incredible devastation of the South made the post-Civil War years particularly difficult for its economy and society. The South lacked the industrial power of the North, which contributed both to its defeat in the Civil War as well as its difficulty in rebuilding afterwards.

As a solution to the problem, it was proposed that there should be a new, industrial South. In order to facilitate this, Georgia Tech was founded as a means to educate future engineers to rebuild the South and change it from its agrarian ways. And, to some degree, it worked. During the 1900s, the South overtook the Northeast and Midwest as the largest population center in America, experiencing a rapid increase. Granted, much of this was due to air conditioning being invented which facilitated a massive increase in the population of Florida, but I think Georgia Tech can take some of the credit for the population and economic growth, especially that of Atlanta. 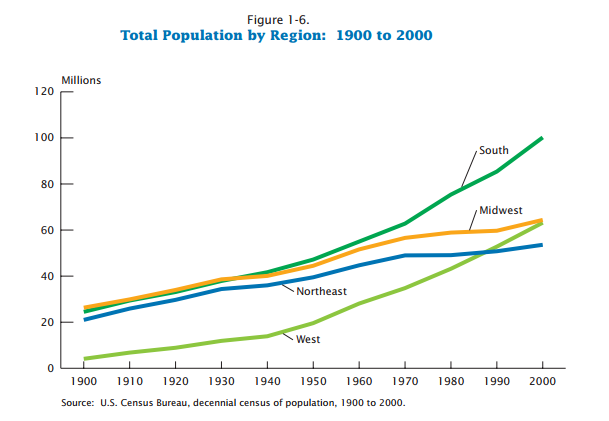 One of the seemingly trivial but actually quite important traditions of Georgia Tech is that a steam whistle blows every hour to announce the change of classes. The significance of this tradition lies in the fact that when the school was founded, most of its attendees were southerners who more than likely grew up on farms. On a farm, the concept of time is largely just a matter of sunup and sundown. In an industrialized world, however, the concept of arbitrary times throughout the day becomes more important. The steam whistle served as a reminder that one needs to be on schedule, and ingrained a since of time into the students. As one of my professors put it, "they are pretty much trying to turn you guys into Yankees."

This is probably the main source of the Georgia Tech-Georgia rivalry: the ideological differences between the two schools. The University of Georgia in many ways represents the "Old South". It is a liberal arts college steeped in tradition and classical teachings. In America, liberal arts colleges were historically places for people aspiring to be ministers (or perhaps children of rich families who were sent to college to "get cultured"). Students would learn topics such as Greek and Latin, History, Philosophy, Art, Music, etc. For wealthy students, the objective was not to learn a trade, but instead to broaden one's horizons such that they were well-rounded before taking over the family business.

Contrast this with the curriculum of Georgia Tech, which was modeled after two schools in the North: The Massachusetts Institute of Technology (MIT) and the Worcester Polytechnic Institute. Georgia Tech sought to be a hybrid of these two schools, with the theoretical teaching of MIT and the applied practical learning of Worcester Polytechnic. Thus, Georgia Tech students did not spend much time learning History or Philosophy, but instead learned about mechanics and mathematics in the classroom, and then went into the machine shop to apply their knowledge.

Furthermore, the "northern" influence of Georgia Tech also brought in a new attitude towards race relations in the South. The emphasis on objective thinking in engineering coupled with lessons in pure capitalism forces a different focus on interpersonal relations. Capitalism is, in its purest form, blind of race, gender, background, etc. It ultimately seeks to get the best person for the job. As a tribute to this, Georgia Tech was the first college in the Deep South to integrate without a court order. A motto for the city of Atlanta can also be applied to Georgia Tech students: they are "too busy to hate."

To the casual sports fan, an in-state college rivalry may seem like just that: an arbitrary loyalty than can divide friends, families, co-workers, etc. In this case (and probably others), however, it goes a bit deeper. It's not just about sports, it's about ideology: it's about engineering versus liberal arts, math versus language, and the Old South versus the New South (ironically, Georgia Tech currently uses a more "old-school" offense for their football team).

It may seem like an inconsequential football game, but beneath the surface, it's really a war.

To Hell with Georgia!