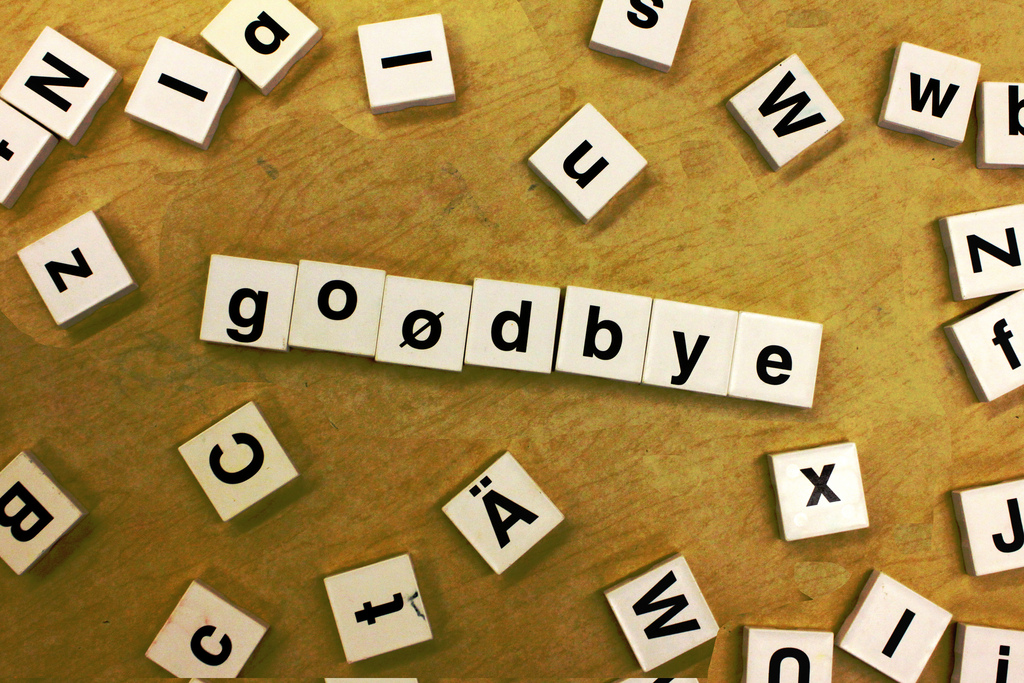 Breakups aren't particularly enjoyable for either party involved. Whether you've just gotten dumped or had to let someone go, the thought of a change in relationship status is seldom an easy pill to swallow.

While people cope with breakups in different ways, I'll argue that the best way to deal with things (at least in the short term) is by taking those feelings of sadness, neglect, and uncertainty, and convert them into feelings of pure anger. Like my friend in college once said, "the only manly emotion is rage."

So are you gonna put on some Taylor Swift and cry like a little bitch? NO! You're gonna pump your fist to these super badass '80s hair metal songs that I've picked out for you.

So get your air guitar ready, cause your face is about to be melted.

Bon Jovi: You Give Love a Bad Name

It was the first song on Barney Stinson's "get psyched" mix for a reason: it's awesome.

Favorite Lyric: "You promise me heaven then put me through hell"

Def Leppard: Too Late for Love

This song combines my love for angry anti-love songs with my love for slow build-up songs. "Love Bites" is probably Def Leppard's most quintessential anti-love song, but I thought I'd be a hipster and choose this one.

Favorite Lyric: "When it comes to playing life, she always plays the fool"

Creepiest Lyric: "Darkness settles on the town as the children start to sing"

Proving that you can do anything with an A minor chord, some distortion, and a good phase shifter. The chilling intro arpeggio gives way to a chorus that is 100% badass. Diamond Dave at his finest, IMO.

Creepiest Lyric: "Mmmm, so if you want it got to bleed for it baby"

Triumph: Turn My Back on Love

This song came out after Rik Emmett (Triumph's amazing singer/guitarist) left the band, but they did a great job with this one in spite of his absence.

Creepiest Lyric: Not really one, but "I've been mistreated, I've been misused" comes close.

Two things come to mind when I watch this music video: 1) Damn, those girls are hot. 2) Damn, Alice Cooper is pretty badass, and so is this song.

Favorite Lyric: "I wanna love you but I better not touch"

Creepiest Lyric: "I wanna hurt you just to hear you screaming my name" <--And to think Alice Cooper is now this Christian golfer dad.

A tad more on the obscure side, and not exactly '80s Hair Metal, but this song packs a punch, and is especially good if you were dating, well, a gold digger.

Creepiest Lyric: not really any

Night Ranger: Don't Tell Me You Love Me

I don't really have much to say about this song other than I love it and it's awesome. The guitar lick is oddly difficult to play. The dueling solos are also pretty great.

Favorite Lyric: "I've lived 25 years as a kid on the run, I've got a pistol for action"<-- not really sure what that last bit means

Creepiest Lyric: "I love the way that you use me" <-- Not super creepy, but toxic nonetheless

Now, "Breaking the Chains" is probably Dokken's better breakup song, but I already used it in my Get Psyched playlist. This one is still pretty great though, and even more epic when you consider that guitarist George Lynch almost died during the filming of the music video because his guitar solo took place on an active volcano which later erupted!

Favorite Lyric: "You were just using someone, and I was the one"

Creepiest Lyric: Not really any

Queensryche: I Don't Believe in Love

This song is part of a concept album about a guy who gets brainwashed into becoming an assassin to feed his heroine addiction and in the process falls in love with a nun who was then killed, leading to this song. Pretty cheery stuff. Amazing song/album though.

Creepiest Lyric: The repeated "Why'd you do it" at the beginning is pretty creepy.

Classic power ballad, it's got everything you need and nothing you don't. Great song to pump your fist to after getting out of a toxic relationship. The music video is pretty ridiculous.

Favorite Lyric: "It's time you realize I'm not your fool"

Creepiest Lyric: "I call you on the phone, but never get a rise" <--Maybe not that creepy

Fleetwood Mac: Go Your Own Way

This song must have been awkward to record and sing because it was about two of the band members (guitarist Lindsey Buckingham and singer Stevie Nicks) who were going through a breakup. "Go Your Own Way" was kind of an FCC-friendly way of saying "go f*** yourself". Still a great song about breaking up and moving on. And hey, Lindsey and Stevie still play it onstage together...which, again, must be kind of awkward. Also still one of my favorite outro guitar solos.

Favorite Lyric: "Loving you isn't the right thing to do"

Creepiest Lyric: "Packing up, shacking up's all you wanna do" <-- not very creepy, but Stevie asked Lindsey to remove it from the song because she didn't like the way it portrayed her. He refused.

I can't promise these songs will cure you of the breakup blues, but hey, at least you get to rock out.