It's 2016, so I thought I would write about a TV show that started 57 years ago. Also because New Year's Day brings a Twilight Zone marathon with it.

The Twilight Zone was a TV series that ran from the late '50s to the mid '60s, and has a fairly unusual format for a television show. Unlike many shows, it features no recurring characters (except the host, Rod Serling), with each episode involving a different plot, different theme, and a different setting. Themes usually involved the Cold War, science fiction, morality, or life and death. 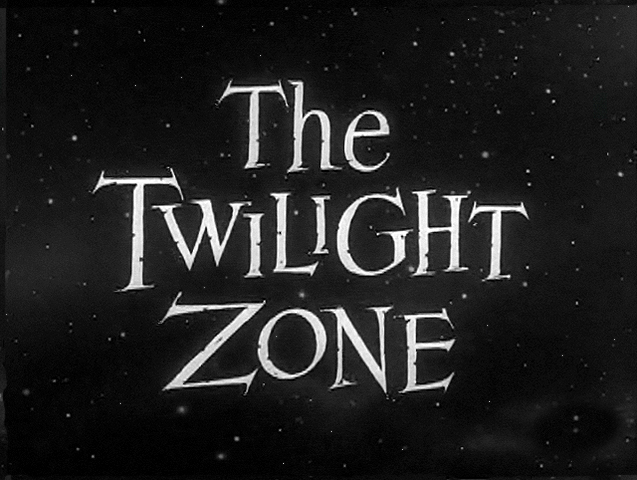 From a modern perspective, the episodes may appear to be very "50s" and seem campy, but many of the themes are still very relevant today.

I'll spend this post talking about what I consider my favorite episode, "A Stop at Willoughby", and why I like it so much.

"A Stop at Willoughby" features an ad executive named Gart Williams, who, in spite of having a high-paying job in New York City, a nice house in the suburbs of Westport, CT, and an attractive wife, finds himself going through a nervous breakdown.

On his daily train ride back to his home, he takes naps in which he dreams about an idealistic place called Willoughby in the year 1888. In his dreams, his train makes a stop at this town, where the conductor tells him it is a "peaceful, restful place, where a man can slow down to a walk and live his life full measure." He wants to get off at Willoughby, but always wakes just before, leaving the warm, inviting place for the cold, snowy reality of his life.

When he tries to open up to his wife about his anxiety and unhappiness with his life, stating that he doesn't even want all the wealth, expensive house, country club membership, etc., she coldly puts him down, stating that he should thank her for pushing him to be the best. She, as it turns out, is quite fond of all the wealth and status, and does not want to be married to "Huckleberry Finn."

His anxiety and unhappiness only gets worse in the coming days, and after a particularly rough day at work, he takes yet another nap on his train ride home. This time, in his dream, he actually gets off the train at the Willoughby stop, and is greeted by friendly townspeople who invite him to go fishing. Back in the snowy reality of New York, it is revealed by the conductor that Gart Williams jumped off the moving train and died instantly. His body was loaded into a hearse which bared the name of the funeral home: Willoughby and Son.

I first saw this episode when I was in college, furiously toiling away at my engineering degree so that I might one day have a "good" life. It was quite eye-opening, as it was one of the first (of now many) critiques I have seen on the modern interpretation of status. I began to wonder if all my toil and hard work would only result in a miserable job that would make me want to jump off a train one day, which was very disconcerting to me.

It also opened my eyes to the concept of a "gold digger" wife, i.e. a significant other who is with you not because they love you but because they love what you can provide for them. These days, that trope is portrayed less frequently in pop culture due to changing notions of male and female gender roles, but is nonetheless an important consideration in choosing a significant other (for men or women). While status of significant others is still (and always will be) an important consideration in choosing a lifelong partner, it should ideally be one of several characteristics that make up an individual, which I talk about in my "Everyone is Shallow" article.

On a side note, the overall theme of the episode (guy who yearns for the past, wife who wants him to be driven) is mirrored in the Woody Allen movie Midnight in Paris, which I also really like.

The Responsibilities That Come With Success

The episode features a man who has second-thoughts about the life he chose (or perhaps someone else chose it for him). When things got tough, he started to want out. He wasn't a fan of the stress that came with the responsibilities of his job and his life.

One may ask, "was it 'manly' for him to have these second-thoughts?" So often as men we are taught to not let our emotions get in the way of our duties, and often repeat phrases like "when the going gets tough, the tough get going." This was probably never more true than in the post WWII era of the 1950s, as men who were battle-hardened from actual war came back into civilian life and took jobs like that of an advertising executive and had to deal with a different kind of stress in the workplace.

For Mr. Gart Williams, should the stress of his job and his wife have been enough for him to commit suicide? Should he have been more hard-headed, and just gotten through it "like a man"? It's easy to see that there would be a host of other options for him before it came to suicide, like perhaps asking for a change of positions at his job, changing jobs, downsizing his house, marriage counseling with his wife, or possible divorce (since she clearly wasn't the best choice for him). All of this would have been better alternatives to suicide, but would have made for a less dramatic ending.

When you're young, it's easy to get caught up in the pursuit of success. It isn't until you have achieved success that you begin to realize its downsides. Sure, the money is good, but the time commitments and stress start to make the money seem worthless. What good is a giant mansion if you spend all your time in the office or on the road?

On one hand, the slow-paced life in Willoughby seems idealistic, as days of fishing and nights of dancing with close friends certainly wouldn't be too bad.

On the other hand, it might get boring after awhile. Sometimes, the satisfaction one gets from leisurely activities is heightened by the fact that they are a break from your normal, chaotic life. Too much leisure can make one soft, and leave one wanting more excitement. The mind seems to seek balance, it needs stress and it needs rest, and too much of either tends to make it weary.

Since this Twilight Zone episode was released in 1960, it is likely than many a young person of the Baby Boomer generation watched it, and possibly was influenced by it. The boomers were known for rebelling against the classical notions of status, and (initially) sought lives of serenity, rather than monetary wealth. Of course, many eventually "sold out" and took on typical lives of traditional status.

Being a Millennial, it seems our generation wants a little of both. Like the young Baby Boomers, we don't want lives of traditional wealth garnered through jobs that require a heavy amount of schooling, dedication, and an ascent of the company ladder. We still want wealth, however, as we want to live comfortable lives where we can travel and go to exotic restaurants, etc. We just want to acquire this wealth through creative means, such as making a new app or a video that goes viral.

While I don't think this is a bad pursuit, it's something that must be taken with a grain of salt. Seeking happiness through profession is a dangerous quest, I'm fine with having a job that may not be a "dream job", but at least it pays the bills and gives me freedom to seek other passions.

Wherever you are in life right now, ask yourself if you are like Mr. Gart Williams? Is life going faster than you can handle, and why?

Stress is a part of life, and it isn't always bad. If things get to be too much for you, then perhaps look into gradually easing the responsibilities, without just ending it all completely. Many people live under delusions that they have to do certain things, but most of the time you might find that others are more flexible than you give them credit.

If you employ this, definitely start with simple things. Are you doing so many extra-curricular activities that you don't have time for anything? Maybe scale back on one or two of them. Is your job taking so much of your time that you never see your family? Talk to your boss about scaling back your duties, and they will probably understand. If they don't, ask yourself if this job is really worth it to you.

So often as people we strive to be the very best, and we feel that anything less will be a waste of our talent. But sometimes less is more, and if you are doing so many things that you can't concentrate on anything, then you aren't really participating, you are merely just there.

Don't just be there, be involved, and only do as many things that you can be involved in.