I get asked this question a lot from my non-engineer friends and family members, and I've probably done a pretty bad job of answering it over the years.

To be honest, it was a question that I myself once had, even after a few years in engineering school. I knew what I was doing in school, but wondered how it would transfer to the "real world."

The reason it is a tricky question to answer is because engineering is such a broad topic that encompasses a variety of very different jobs. I can tell you what I do for a living, but an engineer with a different job may not do any of the things that I do at my job.

The smart-ass answer is "we solve problems you didn't know existed in ways you wouldn't understand." While I think this answer is funny, it obviously doesn't really help whoever is asking the question.

My one-sentence answer would be: "engineers utilize their knowledge of math and science and apply it to solving real-world problems." That, however, is still rather vague, therefore I decided to dive into the topic a little more in this article.

So if you are a high school/college student and are wondering what you should do with your life, or just someone who knows/interacts with engineers and wants to know more about what they do, then this is for you!

The Many Types of Engineers

The term "engineer" obviously has the word "engine" in it, so many people are quick to imagine an old-school train engineer or someone who works with large machines.

While these two images aren't completely false, they merely represent a small fraction of people who consider themselves "engineers."

Here is a short list of the most common subsets of engineering: (full disclosure: I am an electrical engineer so I will obviously know the most about that subset, but in college I took courses in some of the other majors so I am at least qualified to explain what they do.)

Electrical Engineering: Had to put it first, because it's totally the best. In the pre-WWII era, electrical engineers mainly dealt with problems related to large-scale power generation (i.e. making sure you can turn the lights in your house on, any time of day). After WWII, though, a little thing called the transistor was invented, and a whole new realm of possibilities was opened. Nowadays, electrical engineers can choose to specialize in power generation, electromagnetics (i.e. working with radio waves), electronics/microelectronics (i.e. cramming all the stuff that makes your phone work into the space of your phone), control systems (i.e. controlling things, from the cruise control in your car to the flight controller on the space shuttle), signal processing, and telecommunications. As you can see, even within this discipline, there are many different jobs that electrical engineers can have.

Computer Engineering: Closely tied with electrical engineering, except specialized to the realm of computers (with more emphasis on lower-level programming than computer science).

Mechanical Engineering: Another broad occupation, mechanical engineers deal with the design and/or analysis of mechanical systems. This makes them perhaps the "purest" form of engineers, since they would be the ones to actually design engines, among other things. Take your phone, as another example: mechanical engineers would be involved with designing the case that the electronics fit in, along with thermal analysis to see how hot the phone will get when running, and if the electronics can handle that heat.

Petroleum Engineering: I don't actually know a whole lot about this field because it wasn't offered as a major at my college (not too many universities offer it, and the ones that do are usually near areas of oil production, so it's no surprise that Texas has several). It is, however, often cited as the highest paying field of engineering, so it's worth a mention on this list. From what I can gather, petroleum engineers deal with the technical aspects of drilling for oil and natural gas in order to maximize production. 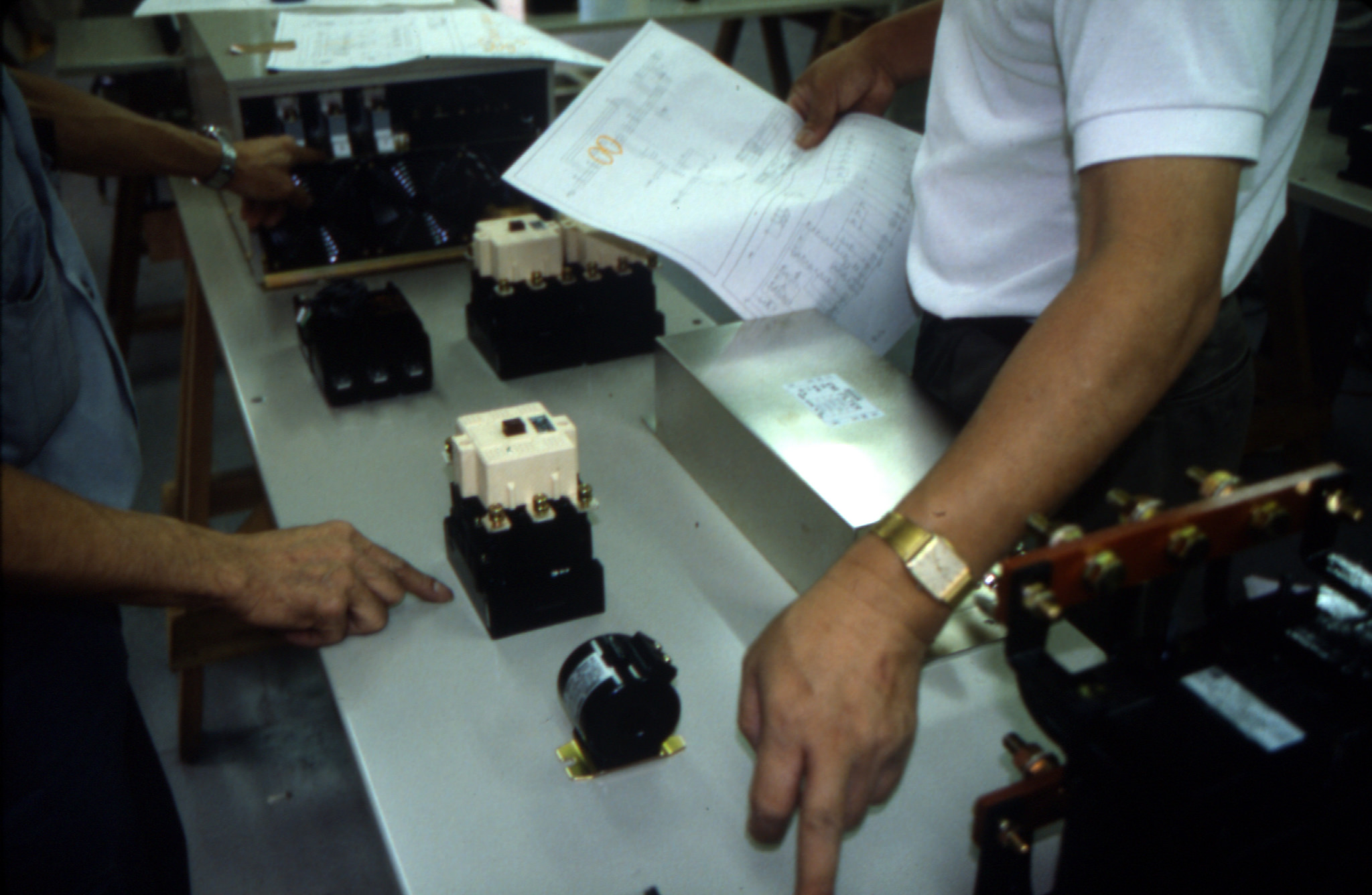 When I sit in on interviews for jobs at my work, a common question the candidates ask is "what is an average day like at this job?" I usually respond: "there are no 'average' days." It's partially a lie, but contains a fair amount of truth. I do a lot of similar things at my job from day to day, but depending on where I am in a project, the tasks can be very different.

For the most part, engineers work fairly standard 9-5 (or, perhaps more accurately, 8-6) white-collar office jobs. We sit in cubicles (or maybe offices, if you are lucky/important), type on computers, respond to emails, go to meetings, etc. In many cases, engineers will also spend a fair amount of time in a laboratory environment doing experiments or testing prototypes. Depending on the occupation, engineers may also do "field work," which is not to say they do hard labor in fields, but rather visit testing sites, oversee construction projects, or monitor equipment that is in use (such as a cellular tower).

How Much Do Engineers Get Paid?

This can vary quite a bit based on profession, experience, location etc., so if you are looking to study engineering then I encourage you to look up the current payment statistics for the field in which you are interested.

For the most part, engineers make a pretty decent living. Starting salaries for engineers with undergraduate degrees are better than most other majors, and having a graduate degree only sweetens the deal. From my personal research, I will say that a majority of recent college grads with engineering degrees will earn salaries in the $50k-$100k range (in the United States. As it turns out, some countries value engineers a LOT more than others). Towards the end of their careers, engineers could potentially earn salaries well into 6 figures, depending on how they progress.

For the more personable engineers, going into management is a common career path once you gain some experience, which means that some engineers can earn high-level positions within a company, along with the salaries that they offer. In fact, many CEOs for tech companies are former engineers, so in some cases it can be a very lucrative profession.

Perhaps even more importantly, engineers have high employment rates. Even in times of economic recession, unemployment rates for engineers are usually several percentage points below the national average.

Yes, but it can be fun too!

Do I Have to be Smart to be an Engineer?

I mean, I'm no genius and I'm an engineer. It certainly doesn't hurt to be good at math and science, but I would say that the most important thing is to have a hard-working and driven personality. I knew a lot of really smart people in college, but sometimes their grades didn't reflect their true intelligence because they just weren't willing to put in all the hours to get the work done. Engineering is full of really difficult problems that even the smartest people have a hard time solving, so in the end it's the desire to finish the job that separates the good from the great.

I would like to think not. It's true that engineering seems to attract people with more introverted personalities, but I have known a great many engineers who are very interesting people. Engineers can also be great people to work with, because even though they can sometimes seem cold, they are seldom narcissistic and often extremely helpful.

What's The Guy/Girl Ratio Like In College Engineering Classes?

I won't lie, it's not good (if you are a guy). At my alma mater of Georgia Tech, the ratio was about 33% women, which doesn't sound awful, both those girls were also heavily concentrated in the management and natural science majors. The school of electrical and computer engineering had a ratio of more like 5% women. This is slowly changing though, and apparently more women than ever are going into engineering, so that's good. For the moment, though, if you are a girl going into engineering, get ready to be awkwardly hit on by a lot of nerdy guys. And if you are a guy, then don't despair if your college experience isn't everything that Old School told you it would be. Once you graduate and get a job (and the financial independence that comes with it), getting dates will become much easier, I promise.

I hope this has given you some insight into the wonderful world of engineering. If you are a high school student wondering if you should study engineering in college, then I encourage you to look into it. Don't worry if you hear horror stories about engineers not having a "true college experience" and "studying all the time." It's a lot of work, but you can still have a good time if you want to. Plus, even if you don't, the people that say "college was the best 4 years of my life" usually say that because the rest of their life has been a constant downward spiral. At least in my experience, life only gets better after college.

One thought on “What Does An Engineer Actually Do?”