We are drawn to things like "free healthcare", "free college", "free retirement", etc.

It all sounds so good: if we could just have these things paid for, then it would "free" us up to many more opportunities.

The first lesson that many people learn in an introductory economics class is: "there is no such thing as a free lunch."

It's a simple phrase, but its meaning has been sadly lost for so many people.

Let's take a look at an actual lunch, a hamburger, for example.

A hamburger is a simple meal: it consists of a beef patty sandwiched between two pieces of bread. Many people like to put cheese, lettuce, tomato, and various other condiments on theirs. To make a hamburger, though, involves a complicated series of events. First, a cow must be raised by ranchers, herded, and eventually slaughtered. Its meat must be cut by a butcher, and shipped via trucks or trains to the restaurant where it is made.

To make the bun, wheat must be grown and harvested by many farmers, who probably use machinery that was made by countless engineers and technicians. Once the wheat is harvested, it must be processed by more machines and sent via trucks or trains to other locations. Then it must be mixed with other ingredients made by other farmers to make bread. It's a similar story for all the other things that you want on your burger. Once everything is at the restaurant, the hamburger is cooked and prepared by a few cooks, and then brought to your table by a waiter. All of this is overseen by the store's manager.

All in all, it took thousands of people from across the world to make the simple hamburger that you devoured for lunch. They all paid for it with their time, effort, know-how, and monetary investment.

Now, let's say that you don't pay for the hamburger, let's say that it was "free"...for you. But, who did pay for it? Who paid for the farmers and the truckers and the cooks and the waiters and the managers? Maybe your friend grabbed the bill because you had given him a ride to the airport the week before. Maybe the restaurant gave you a "free" hamburger as a promotional offer, in hopes that you would come back and buy that same hamburger in the future.

When you see things like "free healthcare" or "free college", ask yourself, who is paying for it?

"The rich!" You might say. But not even all the rich people of the United States can pay for everyone's healthcare and college. No, more than likely, you'll be paying for it.

In order to pay for all these "free" things, it would necessitate an increase in taxes, and not just on the rich, but on everyone. You, yes YOU, will have to pay more in taxes in order to receive this "free" stuff, which makes it not free healthcare, college, etc. but instead forced healthcare, college, etc. You can't choose whether or not to pay taxes, or choose to pay less if you don't want the "free" stuff...they force you to pay it.

One way this is already going on is with publicly funded colleges in America. Public, or "State" Universities use tax revenue from the state to subsidize tuition costs for taxpayers (or the children of taxpayers) in that state. This makes the tuition of the college in many cases substantially lower than the tuition of private universities...but only if you have lived in the state for some amount of time before going to college.

The problem with this is that all states are different and have different colleges. What if you don't want to go to a public university in your state, what if you want to go to one out of state? Or to a private school? You still can, but it will cost you. If your parents have lived in the state for a while, then they have already paid a decent amount of college tuition before you even decided which college to go to. If you don't go to an in-state public school, then a lot of the money your parents spent on taxes will be spent on other people's kids to go to college, and they will in essence have to pay for college twice. Or...they will make YOU pay for your own college!

I got lucky, the school that was best for my abilities just happened to be a public school in the state I lived in, so my parents didn't have to pay very much for my college. Some of my friends in college from other states, however, had to pay a LOT, all because the state they were from didn't have a comparable version of the school.

If this system was expanded so that people paid more in taxes so that public schools were virtually "free" for everyone, then it would seem good...unless you wanted to go to a private school...or didn't think it was in your best interest to go to college. If you met either of the latter two conditions, then your parents would have paid a LOT in taxes for very little, if any, benefit to them. They were, in essence, forced to pay for someone else's college.

"Free Healthcare" is the government telling you where you can go when you're sick and what treatments you are allowed to get. Think you are paying too much for the coverage you are getting? Too bad, can't change it without paying a hefty price.

"Free retirement", a.k.a. Social Security, is the government telling you how much money you should set aside for retirement, then taking it with the promise that it will give you back more later, without really telling you how much that is. Think you could invest your money better than the government can and get better returns for your retirement? Too bad, you still have to pay into Social Security. If you want to try out that investment idea, better do it with whatever money you have left over.

In these three cases, when you get "free" things, you are really giving up your freedom of choice in favor of being told what to do. For some people, this may be a benefit, as perhaps if they were left to their own devices they would make terrible decisions. For others, it is a huge cost, as they would be able to make better decisions about what is best for themselves than some bureaucrat sitting at a desk a thousand miles away.

Choose wisely, because power in the hands of someone else is not easily taken back. 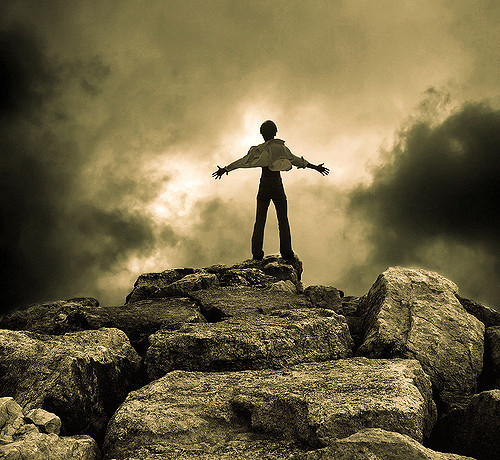 One thought on “People Keep Confusing the Words "Free" and "Forced"”