Disclaimer: if you have a crippling fear of something that prevents you from doing day-to-day activities, you should seek professional help. This article is targeted more for people with "everyday" phobias.

You probably know someone that you think is "fearless." They are the person that does a backflip off the cliff that everyone else is afraid to simply jump off of. They live life with a reckless abandon and can never seem to have enough excitement...they are adrenaline junkies.

You might say things to yourself like "they're an idiot" or "it'll catch up with them one day." But on some level, you envy them, you wish that you could live life with the kind of reckless abandon that they do, completely uninhibited and totally confident. 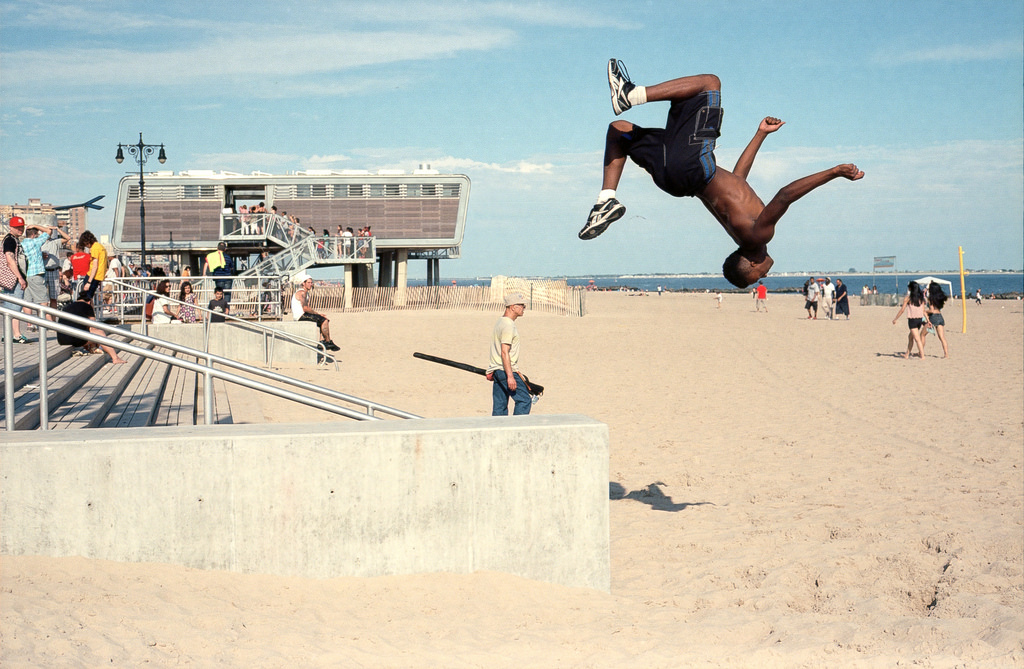 As a kid, I was never "fearless." If I were a Rugrats character, I would have been Chuckie; always very cautious and passive, never wanting to overstep my perceived boundaries.

The older I get, though, the less inhibited I am. I can now attempt things that would have once scared me, and likewise do things without being scared.

But how did I get to this point? What turned me from a passive, careful child into a more adventurous adult?

What Do We Fear?

People fear a lot of things, and most of them stem back to the fear of death. Heights, spiders, snakes, fire, water, all these fears are a result of the knowledge that these things have the potential to kill or hurt us, and fearing them is a perfectly natural survival mechanism.

In that sense, you can see that fear is not actually a bad thing. It keeps us alive. Looking through this list of the 100 most common phobias, you can see that most are fairly rational, in that they have to do with something that could potentially kill you.

But what about the other types of fears, the more "social fears" as I call them. These are fears like crowds, public speaking, failure, being alone, and just...people. Why do so many of us experience some level of anxiety about these things?

There is nothing particularly deadly about speaking in front of a group of people, and yet it is often cited as a fear more common than death itself. They all have to do with perception, as in how we are perceived by others. Most people want to be perceived positively, so we fear being perceived negatively. This can be explained using the book Denial of Death, which hypothesizes that everyone develops an internal "hero's journey" to describe their life in order to distract themselves from their own mortality. 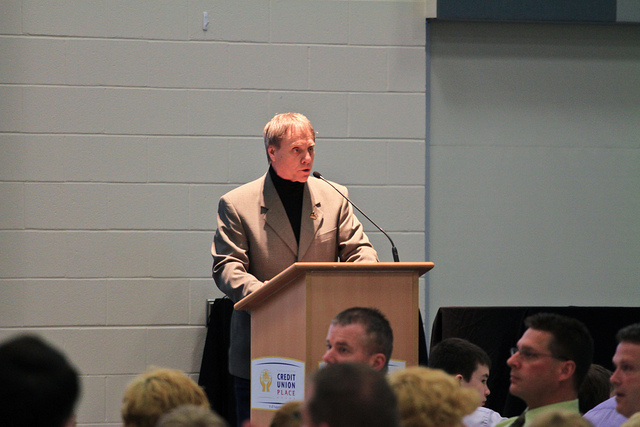 If you think of yourself as "the hero" in your internal movie about your life, then any time you look bad in front of other people it distorts your fantasy. In your mind, the hero would be seen as strong and charismatic by their peers, so whenever you do something that does not fit that bill it creates anxiety. That's just my theory, but it sounds plausible enough.

How to Become "Fearless"

You may have observed that I have put the term "fearless" in quotes this entire article. This was done on purpose to show that I don't think true "fearlessness" actually exists. Maybe it does, maybe you have it, and if so, bully for you.

But for most of us, true "fearlessness" simply is not a realistic aspiration. Fear is an innate human emotion, and lack of fear would imply that you might not be wired quite right in the head.

For many of us, though, fear controls us. Its icy grip keeps us from pursuing things we love, it forces us to do the predictable rather than the adventurous, and it ultimately prevents us from being happy. Now in some cases, maybe that fear is a good thing, it prevents us from doing something stupid that could cause us to be extremely unhappy in the long term, but the opposite effect can also be an equally likely possibility.

When I think about some of the things I have done, the way I experience fear seems rather odd. When I was 10, I got my Scuba diving certificate, and at age 12 I went on an uncaged shark dive where I had about 50 sharks within a 20 foot proximity to me at any given time. At age 16 I flew a plane solo for the first time. At age 18 I played guitar in front of nearly my entire high school. And at age 23 I juggled 3 torches. If you were to ask me after any of these events if I felt scared, I probably would have said "not really", and yet I would get extremely anxious if I did something like public speaking or approaching an attractive lady in a social setting.

Why is it that from a fairly young age I could do things that might give some people panic attacks, and yet seemingly simple things like making conversation with people would give me a fair amount of anxiety?

The one thing that comes to mind when I recount all the somewhat risky things that I've done is that I felt totally confident in my abilities.

When I flew a plane solo for the first time, I wasn't at all nervous because it was the moment I had waited for my entire life. I was more excited than nervous. I had done so many landings in my training beforehand that I was begging my instructor to let me solo.

When I played guitar in front of my entire high school, I was a touch nervous before we went on stage, but as soon as we started playing I just got lost in the music and was "in the zone." I felt confident in my guitar abilities from years of practice, so I welcomed the opportunity to "show off."

In my mind, that is truly the best way to become "fearless," to simply be confident enough in your abilities that the thought of failure seems highly unlikely. To gain confidence in your abilities, you must practice until something seems second nature.

Not only just practice, but, like in a video game, ramp up the level of difficulty. You can't bench press 300 pounds without first being able to bench press 250 pounds, so don't try to cut the same corners in other facets of life. Before I attempted juggling 3 torches, I first learned to juggle 3 balls. I got pretty good at juggling 3 balls, so good that I could do several tricks with them. Then I learned to juggle 3 clubs, and learned to do tricks with those, too.

In my mind, this is why so many people are afraid of something like public speaking, it's because we don't have a lot of practice with it. Sure, growing up you probably did projects in school where you had to address a classroom, but probably not with the consistency that it would take to become a master orator. People like CEOs, politicians, and church ministers are all (usually) good at public speaking because they do it so often. It has become second nature to them, boring even.

If you haven't practiced something in a way that it becomes old hat, then consider the following quote:

“Courage is not the absence of fear, but rather the assessment that something else is more important than fear.”

If you are passionate about something, then think about that, not about how scared you are. If you have a message that you want to share, then share it, don't worry about your fear of public speaking. I was afraid of all the things that could go wrong scuba diving far beneath the ocean surface, but I was in such awe by the sights underwater that it quelled my fear. My heart jumps a bit every time I fire up the engine of a plane, but all the anxiety melts away as soon as I am soaring in the heavens.

But what about fears like spiders, snakes, etc? While you can't exactly "practice" to get better at a fear like that, you can learn. If you are afraid of spiders, learn about spiders, study spiders, observe spiders. It's true that some spiders can be harmful, in which case a fear of them is healthy. But learn to identify those spiders, and formulate an action plan if you ever come across one. If the spider you observe is one that you know is harmless, then there is no reason to fear it. Just know that it is much more afraid of you.

Above all else, remember to breath. Fear is natural, but it is the panic induced by fear that can get you into trouble. To help with this, I recommend reading this article that goes into detail about the levels of arousal we experience when under duress, and at the end it gives some pointers on how to compensate. In my experience, doing the "tactical breathing" exercise (if I remember to do it, that is the key) has a somewhat calming effect. It doesn't instantly turn me into a cool cucumber, but it doesn't hurt.

Before you can become "fearless", you must first learn to accept fear. It is like free coffee, jolting you into action. In many cases of our modern world, we don't want this action, we want to remain "cool", and in that case, you must try to get to the source of the fear, why it is scaring you, and how you can improve yourself in order to manage it.

Since many fears stem back to the fear of death, it may be a good idea to explore your own mortality, and come to grips with it. This, to me, is why many religious people are often "fearless" (case in point: Nick Wallenda, who crossed the Grand Canyon on a tightrope). Since many religions focus on life after death, those who are religious tend to have a stronger grip on their own mortality, which allows them to "let go" from the fears of the world.

In any case, though, our fears are here to stay. They are programmed into us. How we deal with them is our decision.

2 thoughts on “How to Become "Fearless"”