Once you get to Europe and successfully say hello to the customs agent in their native language, you have some options as to how to get around.

Most Americans are preferable to the good ole automobile, and usually choose to rent cars when travelling.

I would advise that you do not rent a car.

Well if you are going to Britain, they drive on the left side of the road...don't kid yourself into thinking you will pick that up in five seconds.

If you are going to mainland Europe, they drive on the right side of the road, but it's...different. Pretty much all cities in Europe have streets that are narrower than you are probably used to, which is why most people drive small cars (that and gas is more expensive over there...why do we want socialism in America again?). The driving is also just altogether different over there, people dart and weave like there's no tomorrow, there are a plethora of pedestrians and bikes everywhere, the city streets are hard to navigate, and parking is likely to be a problem.

On top of that, pretty much any car you get (unless the rental car company is really catering to Americans) will be a manual transmission, so if your stick game isn't strong then you're gonna have a bad time.

Hopefully that convinced you not to get a car. If you are accustomed to driving on busy city streets then you can maybe pull it off, but do so at your own risk (which I guess is always true when driving a car).

Other Modes of Transportation in Europe

So if you don't have a car then how will you get around?

Well, if you have a set of working legs then lucky you, you already have one of the best ways to get around in Europe!

The great thing about Europe is that most (maybe all?) of their cities were developed long before many people had any means of transportation other than walking. The result of this is that cities are extremely walk-able in Europe, even the biggest ones like Paris can still be traversed in a day without too much fuss (I've done it).

If you are on vacation, walking is also the best way to really see a city. You get to be outside, see all the sights, maybe drop into a cafe and grab an espresso, or buy a bottle of beer and drink it while you walk around (open container laws are pretty loose in most countries...as long as you aren't being an asshole).

So walk your fat ass around Europe...it'll help offset the massive amounts of food you will eat while you are there.

Don't want to walk? Well, there are other ways to get around too.

As a supplement to walking, all the big cities have pretty good subway systems that will take you nearly anywhere you want to go. Do keep your wits about you on the subway though, as pick-pocketing does happen.

Another "green" option is biking. Many cities have bikes that you can rent with a chip-in credit card, ride somewhere else in the city, and drop it off at another kiosk. I never did this, but thought it was neat.

Taxis are a good choice getting to/from the airport with all your luggage, or anywhere else that the subway doesn't go. Do be careful with taxis as well, though, and research any common scams in your destination country. For the most part France, Germany, and Britain have very good taxis, but I've heard they can be sketchy in Italy, Spain, and probably all of the Eastern-bloc countries. One taxi scam that happened to some friends of mine was they got in a taxi, the driver drove them waaayyyy out of their way, and then wouldn't drive them to their destination unless they gave him all of their cash (or maybe he wouldn't let them out of the car, I forget). In any case, most of these scams can be avoided if you learn to look for taxis that have the official markings for a given country, as these will more than likely be fine.

Going between two cities? Trains are the name of the game here. Europe has a vast railway network that connects pretty much every city there. While most Americans know of the high speed trains Europe offers, these represent only a small fraction of all the trains available. Frankly, I kind of like the slow-speed trains because, depending on the train/location/time, you can often get a private cabin that you and your friends can goof off in (just like on the Hogwarts Express!). If you are only going to be taking one trip on a train, then it's probably best to purchase tickets individually, but if you are going to be taking multiple trips to different countries, check out Eurail.com for packages. The German website bahn.com is also the best for looking up train times for any train in Europe.

While the train system will get you anywhere you need to go, it can be tedious if you are travelling very far. Going from, say, Paris to Munich would be a full day of train travel that you may not want to do. One way to mitigate this is through overnight trains, which are maybe the best option for efficient travel (you go to sleep and wake up at your destination). The main downside of overnight trains is that the beds are not made for tall people...I am about 5'11" and my toes and head were touching both ends of the bed. If you are much taller then it probably won't be too comfortable.

The other option for long trips is the good ole aeroplane. Europe has a nice variety of discount airlines (RyanAir, Easyjet, Whizzair) that offer ridiculously low fares. If I recall correctly, we got a round-trip flight from Paris to Dublin for €35. 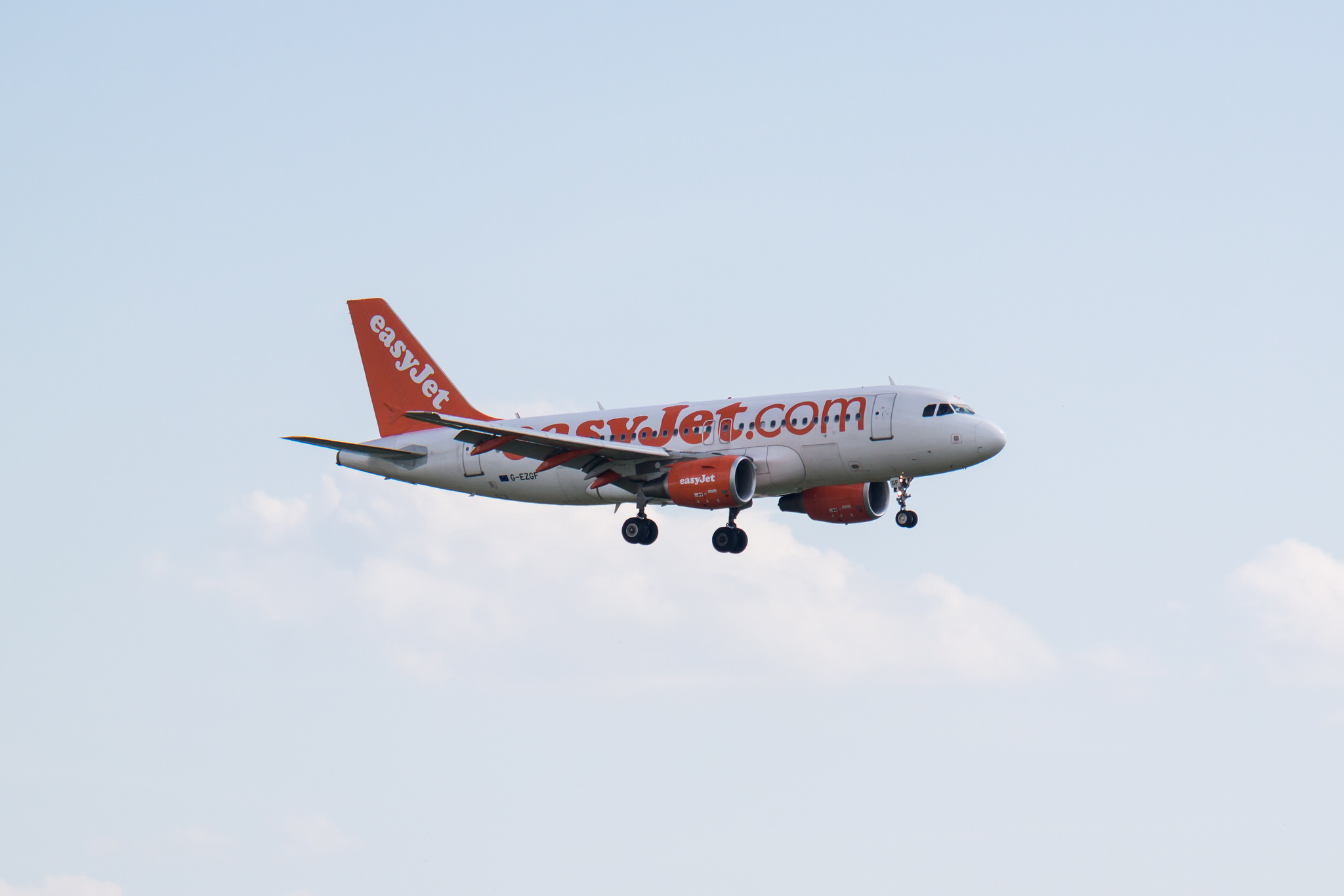 If you are a wise person, then you may be quick to question "why are these flights so cheap?" And that is a very good question. Don't be too worried, though, the flights are no less safe than normal airlines, they still do all the required maintenance (our pilots seemed pretty young, though).

The airlines are just very "no frills". You don't get free peanuts and checked bags come at a hefty price, so I just wouldn't check a bag (if they lose it you might not get it back, either). They also fly out of non-mainstream airports that tend to be much farther from the main cities. The planes we flew out of Paris and London, for example, were a solid hour drive from downtown. If you don't have a car, then this means you will have to catch an airport shuttle, which drives up your cost. The times they fly can also be pretty inconvenient (hello 4 a.m. flights).

The up-side, though, is that even if the flying experience is inconvenient, pretty much everywhere in Europe is less than a 2 hour flight away, so you won't be in misery for too long.

There is one last mode of transportation that I would like to share: overnight bus. Depending on where you are, there may be some cheap options for overnight buses. The ride is...less than comfortable, and I wasn't really able to sleep at all (I typically don't sleep well as is, so throw in a weird environment and I have no chance).

My lone experience on an overnight bus was one we took from Paris to London (yes, you read that correctly). For those of you who are more geographically challenged, Paris and London are separated by the English Channel. We caught the bus at midnight in Paris (also a good movie) and we were supposed to arrive in London at 8 a.m. What we didn't know was that these times were if we took the ferry across the channel, but instead we ended up taking the Chunnel (an underground train linking England and France). Since the Chunnel was much faster than the ferry, we arrived in London at the convenient hour of 4 a.m., which meant we had to wander the streets of London for four hours before being able to put our stuff into our hostel. It worked out, though, we just visited the big sights like Buckingham Palace in the middle of night, so we didn't have to deal with any crowds.

Speaking of hostels, they represented a majority of my travel nights in Europe.

What exactly is a hostel? Well, like a hotel, it is a place to rest your head when travelling. Unlike a hotel, hostel rooms were designed with frugality in mind, and often feature rooms with 3 bunk-beds to sleep 6 people (other sized rooms do exist, though). The positive takeaway of this is that you can have a place to sleep for much less money than a typical hotel. The downside is that, per their business model, any vacant beds in the hostel can be booked by other people, meaning if your travelling party doesn't fill up a room, you may be lodging with a stranger.

Other downsides include that you may not have your own bathroom, although many of the ones I stayed at actually did have private bathrooms. The others featured a community bathroom similar to a college dorm.

Many Americans are freaked out by the idea that they could be sleeping in the same room as a total stranger, so many shy away from the hostel experience. One way to mitigate this is by travelling in groups of exactly 4 or 6, that way you can get hostel rooms all to yourself (which is convenient for leaving your stuff in the room when you are out during the day).

If you can't do that, then hostels are still a good option. Sure, there is always the chance of getting a bad roommate, but for the most part the people that stay at hostels are young travelers, perhaps like yourself, that won't cause you any trouble at all. Hostelbookers.com was our go-to source for hostel booking.

Europe also has regular hotels just like anywhere else, although they can also be considerably pricier than hostels, so you just have to determine how much the private room and the chocolate on the pillow is worth to you.

Europe offers a wide variety of options in the transportation department (hot air ballooning is also pretty popular in Northeast France, but I don't know how good of a means of transport that is).

The main question you really must ask yourself is how much is your time/comfort worth to you? There are many inexpensive options that are great for the price-conscious young traveler but may not be best for the sophisticated older traveler.

One thought on “An American's Guide to European Travel Part II: Transportation and Lodging”