One time in college, I was discussing something with a friend of mine and he said "dammit Zach, it's so annoying that you always have to play devil's advocate."

It was one of those odd, eye-opening experiences for me, as I never actually realized that I did indeed tend towards playing a devil's advocate. It depends on the people I am with, of course. Usually when around people I don't know so well, I just quietly agree with whatever the prevailing opinion is. When around people I know a bit more intimately, though, a part of me really does enjoy some amount of conflict in a conversation.

After thinking about this a little more heavily, I've grown to appreciate my natural tendency. It does have its pros and cons though, so let's investigate...

Why You Should Play Devil's Advocate (Sometimes)

A few years ago I left a party early (which is sometimes a good idea), so naturally I was curious as to what I had missed for the latter portion of the night. I asked a friend who had stayed for the entirety of the event and she said "eventually everyone diverged into a big conversation about gun control."

I (silently) let out a sigh of relief that I had not missed anything good, and then, just because I had nothing else to add to the conversation, inquired "so were half the people opposed to guns and the other half pro-guns?" She said, "no, they were all against guns."

I remember thinking to myself that it sounded like quite a boring discussion. If everyone was agreeing on the same thing, then what were they even talking about? A part of me wished I had stayed for the rest of the party, just so I could have played the devil's advocate and brought some excitement to the evening (which, by the sound of things, it desperately needed).

Now, the downside of this approach is that it tends to alienate yourself from groups of people, but the upside is that you could just make people (including yourself) think about things in a different way.

I realized that the reason I tend to enjoy arguing with people (even if I agree with their argument) is that my personality seems to crave balance. If everyone else in the room is loud, I am quiet, and if they are quiet, I am loud.

There is also something very satisfying about arguing against people because it gives both you and them a challenge. It gives you a challenge by forcing yourself to sometimes think about things in different ways, and it gives them a challenge to prove that they are right.

Now, let's just caveat this by saying that not everyone wants a challenge (although I'll argue that you should always want a challenge). Sometimes, though, people just want to vent their issues and have a supportive friend agree with everything they are saying.

To me, though, a truly supportive friend will always call their friend out if they see a way they are veering astray in their logic and not thinking rationally. By challenging them, you are actually forcing them to think more deeply, allowing them to grow in their consciousness.

The Importance of Debate

All too often, we only hear what we want to hear, because we usually choose to hang out with people who have similar interests and beliefs. There is nothing wrong with this, but it can lead to situations like those mentioned above, where everyone is in uniform agreement on a topic.

Everyone is always in pursuit of an absolute truth, the "right" answer to everything. People often think they are right because they get unanimous support from their friends during a discussion. This leads to polarizing ideals wherein groups of people on each side of an argument will independently come to the agreement that they are both "right", and alienate themselves.

At the same time that the "gun control" group was discussing how awful guns are, there was probably a group somewhere else in the world that was talking about how great guns are, all in unanimous agreement. Wouldn't it be fun to see both groups come together and hash out an epic argument about gun control? Sure, they probably wouldn't change each others' minds (and hopefully no actual guns would be drawn in the process) but maybe, just maybe, each side would see the point of the other.

The danger of unanimous agreement lies in the fact that very few, if any, stances in this world are absolutely right, and by alienating yourself from people who think differently, you effectively lead yourself down a path of delusion. For the past few decades the world has been in a state of great change, which has been mostly accepted by "intelligent" people, and only the "uninformed" are resistant to it.

I find these labels dangerous. While some changes can certainly be good, there is no guarantee. If a group of people that agrees with a certain view is labeled as "intelligent" or "enlightened", then it will pressure other people who consider themselves "intelligent" to follow suit. Eventually, a group of people who may be objectively intelligent all agree on something, so it should be "right", right? In actuality, though, half the people might have initially been opposed to the idea, but were too afraid to go against the norm and thus quietly submitted. Any brave souls who did go against the norm would be instantly labeled as "ignorant" or some similar term, and their credibility would either be revoked by the "intelligent" majority, or they would be forced to conform.

It's important to note that my use of the term "norm" here was in reference to whatever norm is prevalent in your particular social group, not just general societal norms. For example, 83% of Americans identify themselves as Christians, so one could infer that Christianity is a norm in America. If, however, you hang out (in America) with a group of mostly Atheists, then you would feel pressure to identify yourself as an Atheist, because that is the norm of your particular group, even though it is not the norm in your society as a whole. We tend to want to align ourselves with the people closest to us, so our notion of societal norms tends to be quite regionalized.

How and When to Play Devil's Advocate 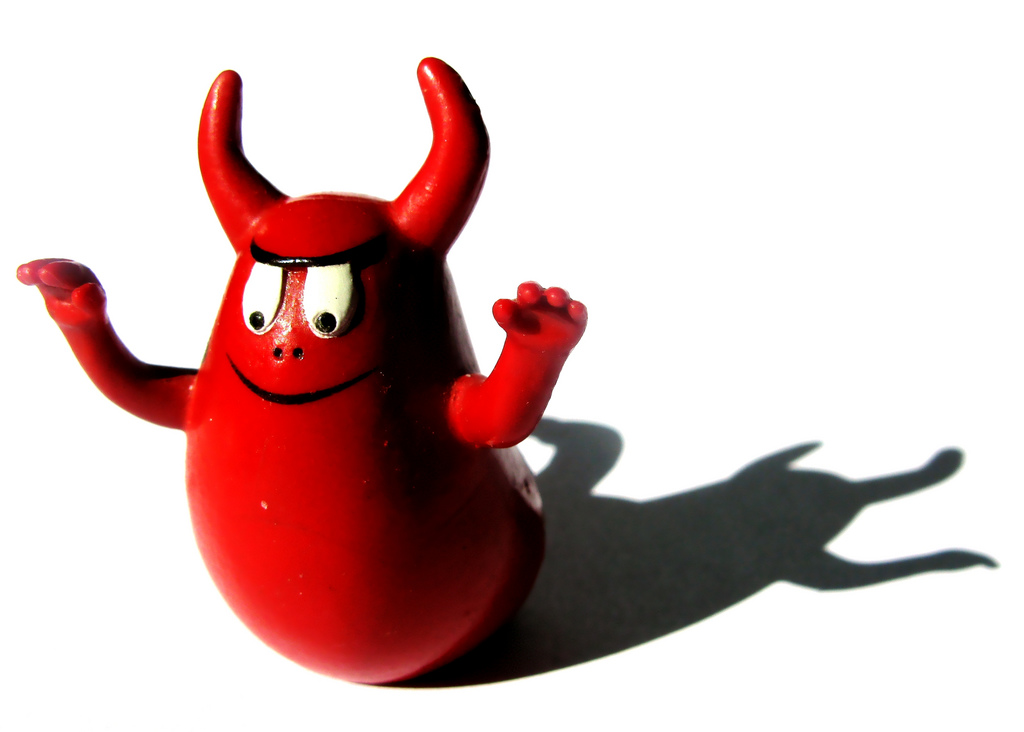 I hope by now you understand that it is important to always have a conversation about issues instead of just uniform approval or disapproval.

That being said, here are a fun times to play devil's advocate:

That being said, here are some times to NOT play devil's advocate:

I cannot really stress enough how important it is that civilized debates be had across any topic of interest. Just because something "seems" right does not mean that it is. Understanding different perspectives is a core component of being a human, and it is one that we should not take lightly.

So the next time you are with people and you feel the conversation is a little bit too one-sided, be brave and chime in for the other team, even if you don't agree with the position you are arguing. It may very well be that others in the group think differently, but were too afraid to speak against everyone else. By inciting an argument, you could very well reduce ignorance in your little sector of the world, and if everyone did it, then we might just be better off...