Perhaps the defining feature of adulthood is the necessity of making important decisions. In childhood, everything is decided for you: where you go to school, what you learn, what you eat, etc., but in adulthood, things become far less clear.

To some degree, my generation of Millennials has had a hard time transitioning into pure adulthood because of our lacking ability to make big decisions. Like other things, this isn't necessarily our fault, as we were probably coddled in our youth more than past generations and not encouraged to make decisions. It is, however, a cold reality and one that we will have to deal with in order to become successful.

Here are a few decisions I can think of that I believe a person is guaranteed to make over the course of their life:

All of these decisions have some lasting consequences, and should no doubt be thoroughly thought through. 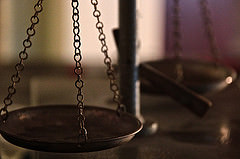 And thinking things through is exactly where I can get myself into trouble sometimes. I've noticed over the course of some of these major decisions that I "overthink" a lot, it's just my nature. I like to think I have something all figured out...that every detail is accounted for. But then a funny thing happens...after all my time and effort that was put into thinking the hell out of something, I just end up going with a decision based on a fairly emotional bias. I choose the thing that feels right.

I'm sure a psychologist could break all of this down, but the reason seems to be that the emotional side of the brain is more closely attached to our psyche, and thus has more decision making power. This is why, if you think back to some things you've chosen that you've ended up really liking, you may forget what your reason for choosing them was. Psychologically speaking, you'll actually be happier with a decision if you can't verbally justify it...pretty weird.

I'll now walk you through the first big decision I had to make in life, and the first for many people these days: where to go to college.

Firstly, I sincerely hope that the decision on where to go to college is one that you are choosing, and not one that your parents or mentors are choosing for you. Sure, take their advice, but don't just do what they say because it is what they want. Do what you want, within reason.

That leads me to an aside, always have advice when it comes to big decisions. Preferably, this advice should come from both ends of a spectrum, instead of everyone saying to do one thing over another. This is important because it will give you the best idea of the pros and cons of each choice, and it is also the way that most decisions will be framed. It also can, believe it or not, give you a sort of peace of mind. If half the people want you to do one thing, and half want you to do another, then you can be fairly secure that either choice will be decent. It then becomes just a matter of deciding which is the most right for you.

So, back to where to go to college. My decision for college was less complex than others, I'm sure. It basically boiled down to two choices: The University of Georgia, or The Georgia Institute of Technology (which also happen to be rivals).

Choosing between two was probably easier than choosing between eight, but it was still a big deal for me at the time. Back then, I thought that college was the biggest decision in life, because pretty much everything from career to where to live to who to marry would probably be dependent on it. While this is true, those other things still have to be decided later, and don't just "happen."

If you are unfamiliar with the two schools I was deciding between, I'll give you a quick run down. The University of Georgia (UGA) is a mostly liberal arts state university located in Athens, GA (my hometown). It pretty much represented the ideal college experience, everyone who I had ever talked to who went to UGA said it was the best four (or five or six) years of their life. Athens is a great college town and there would be good times ahead, for sure.

And then, there was The Georgia Institute of Technology (Georgia Tech, GT). Located in Atlanta, GA, GT had a reputation for being a top engineering school, and one that promised high starting salaries for its graduates. The catch? It ranked pretty darn low on the lists of "schools with happiest students." Sure, it promised success once you graduated, but graduating was no simple task, and graduating with a decent GPA was deemed "impossible" by many.

Now I know all you overachievers are going "well, of course you pick the school with the better ranking," but I wasn't really an overachiever. Sure, I had always done well in school, but I never really sought out extra education other than my perusing of Wikipedia. To make matters worse, I read countless testimonies of people who went to Georgia Tech saying "I was really smart in high school, top of my class, but I failed half my freshman courses at GT." It wasn't exactly comforting to hear for an 18 year old.

The decision couldn't really be more polar: it was either the fun college that was in a town I had lived in my entire life, where there promised to be little discomfort and maximum enjoyment, or the college in an intimidating big city (Atlanta is kind of a big city...) that promised to be incredibly difficult and not very fun at all. Oh, and by the way, UGA had an almost 70:30 girl:guy ratio (and a good portion of those girls were downright gorgeous), whereas GT had the opposite 30:70 girl:guy ratio, and that 30% wasn't nearly as good.

Of course, I sucked it up and decided to go to Georgia Tech. During my senior year in high school I realized I had a knack for math and science, and decided I wanted to be an engineer. Going to Tech was the sensible thing to do, and I knew that deep inside.

In the end, I did pretty well. Four years later I emerged with a degree in electrical engineering, went on to get a Master's degree, and got a good job right away. It wasn't easy, and pretty much every semester I would sit down and ask myself if I was really cut out for it. But through grit and determination, I prevailed, and grew stronger as a result.

So what did I learn? In this case, I learned that it is, more often than not, the difficult path that is the correct one. If you want to be an adult, you have to realize that short term sacrifices often lead to long term gains. Children always prefer to take the easy way: candy over vegetables, TV over homework, etc. Short term gains, however, rarely materialize into anything of substance, and you find yourself caught in a limbo where you keep pursuing what is easy over what is right.

Moving to a new city wasn't easy for me, nor was taking on a difficult education, but it takes pain and discomfort to grow as an individual. It takes getting out of your comfort zone, and spreading your wings. Sure, you may crash a few times, but in the end you will be able to fly, and your friends who decided to stay on the ground will still be living in their parents' basement. Granted, make sure your crashes don't kill you, so don't overstep your bounds too much.

So go out, and take the road less traveled.