The concept of "manliness" or "masculinity" goes back as far as humans do, and has changed to some degree over time while retaining certain core components.

There is a growing concern about newer generations of men, and it was succinctly stated by Tomi Lahren, a 23-year-old political commentator for The Blaze, when she ended a show with a short rant about "modern" men. You can read her full statement here, but I will grab one sentence where she sums up the helplessness of modern men:

It seems few [men] can change a light bulb let alone fix a flat tire or change oil, and that makes for pretty slim pickings for the females out there looking for a match.

Now, she is not alone in her thinking, in fact this is a sentiment that many people feel today, both young and old. It should be noted though that she is a reporter for The Blaze, which is a predominantly conservative news outlet, so one is more likely to hear this type of message from that type of source.

I'm sure, however, that women on both sides of the political spectrum have problems with today's young men and their inability to do certain "manly" tasks. In our defense, it does at least seem that half the women of the world want us to be more rugged, assertive, and downright masculine, while the other half want us to be more sensitive, emotional, and affectionate. In my mind, it is a man's duty to strike a balance between these two extremes, but it should be noted that it is difficult to simultaneously be masculine and emotional. Usually compromises must be made on either side.

Getting back to Tomi's statement, let me first acknowledge that she is extremely attractive and if guys that change their own oil are what she likes, then by golly I'll throw on some old jeans and a white t-shirt and get some oil stains on my hands. 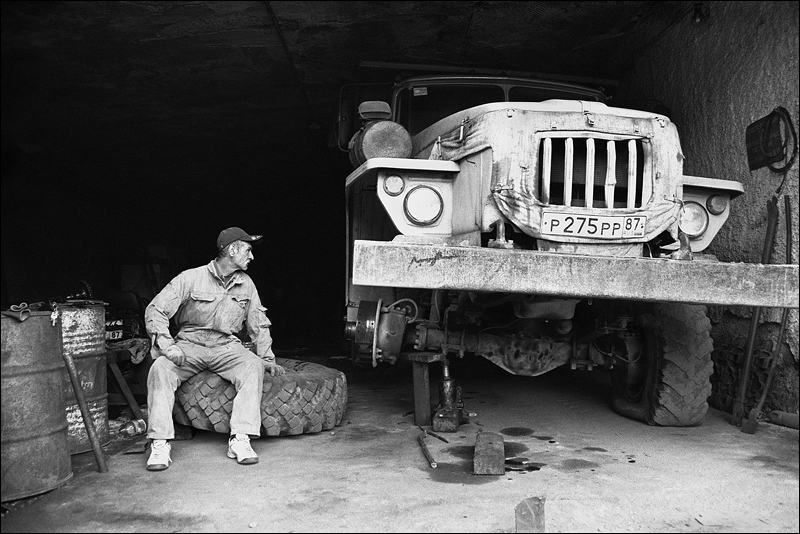 Or should I go with a classic mechanic jumpsuit? Style choices...
Image Credit

But seriously, I can't help but question this common metric for masculinity. "Changing the oil" (of a car) is something of a culturally defined milestone (in America at least) in that if you can do it, then no one will question your masculinity. The ability to change a tire in a car is also often used, but changing the oil definitely takes the cake.

To me, this milestone seems rather biased towards people who own cars (or get paid to work on cars), but in American culture the automobile has been a longstanding symbol of freedom that in many people's minds represents everything that America is all about. Don't get me wrong, cars are great, and I own one myself, but just because a male can't change the oil in a car doesn't make him less of a man.

To justify this, let's take a brief walk into the mysterious and sometimes magical land of economics and brush up on the topic of opportunity cost. To put it simply, opportunity cost is a measure of the overall cost of different choices, with all consequences considered.

It's easiest to understand with an example: Alice is a lawyer who makes $100 an hour, and wants to have her house repainted. Bob, a professional painter of houses, charges $30 an hour and says it will take him 3 hours to paint her house. In a twist of fates, Alice is a very "type-A" person who knows how to get things done, and despite her white-collar profession she is actually able to paint her house in just 2 hours.

It would seem that it is a "win-win" for Alice to paint her own house, since she can actually do it faster than the professional painter as well as do it for "free," i.e. not having to pay Bob $90 for 3 hours of labor. But, an astute person can clearly see that it is indeed not "free" for Alice to paint her own house, as the 2 hours she spends painting will cost her $200 in work she is not doing at her law firm. The $90 she pays Bob will actually allow her to save money over doing it herself.

This is a simple example, and in real life opportunity cost is an extremely tricky business, as many things are difficult if not impossible to quantify. 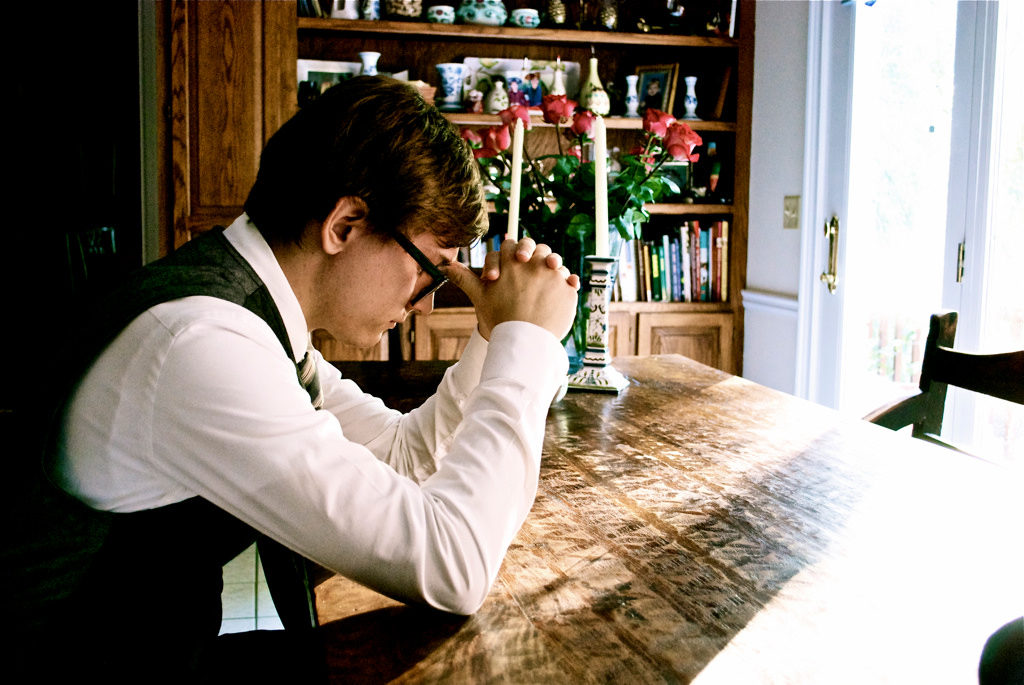 In reality, many people earn salaries at their jobs, which means that they make a set amount every year as long as they show up at their job when they are supposed to. It is also a given fact that no one (hopefully) spends all of their time working. Most people get a set amount of time off every week, usually on Saturday and Sunday. So, if Alice paints her house on Saturday, when she wouldn't have been working anyway, then in theory it would save her both time and money.

But not so fast, she might have other plans on Saturday that she would be sacrificing in order to paint her house, like spending time with her friends and/or family. Painting a house also involves work, effort, and usually a bit of danger (ladders account for 43% of fatalities from falls, and falls are the leading cause of accidental injuries in the United States).

If Alice were to fall and break her back while trying to paint her house, then the time spent recovering and the money spent on medical bills would greatly outweigh the small amount she saved by doing it herself. With these things considered, Alice would probably still make the decision to pay Bob to paint her house, even if it doesn't save her any actual money.

Opportunity cost, in most people's day-to-day lives, boils down to the question: "how much is my free time worth to me?" It's difficult to answer, and usually involves a bit of trying different things and going "yeah, not worth it." In my own life, I used to try to find the cheapest flights available, but now I am willing to pay a bit of extra money for a nonstop flight versus one with a connection, because connecting flights greatly increase your overall travel time, stress, and chance of a missed connection (which is zero for a nonstop flight).

Back to "real men change their own oil." In my mind, the sentiment of this "manly milestone" is that "real men" are self-reliant. I agree with this, and there are many things that I think a man should be able to do in order to be self-reliant. Changing a tire, in my mind, is a much more useful skill for a man (or woman) to have. Yes, you can always pay people to change your tires for you, and yes, it may be worth your while to do so (opportunity cost), but there could also be a situation in which there isn't anyone to change your tire for you.

If you are in the middle of nowhere and get a flat, then changing your tire yourself could potentially save your life (or at least save you a much bigger hassle). Sure, you can call an auto-service, but those can sometimes take hours and you may not even have cell reception. Plus, if you have a significant other with you, then they will be impressed by your tire changing abilities. You don't have to do it with the speed and precision of a NASCAR pit crew, you just have to do it.

It's never too early to start, but if you are a dad teaching your son to change a tire, be lenient if they let a few choice words slip in the process:

Changing your oil, on the other hand, is really not something that you would ever need to do in an emergency. It's handy to at least know where your oil tank is so that you can check the level and maybe put a quart in if it's low and you are on the road, but changing the oil is a purely preventative maintenance activity with a pretty decent time window of when you can do it. Even if you are on a month-long road trip and your "change oil light" goes off, you can probably wait until you get back to deal with it (if it's a newer car it can go a lot farther without an oil change than auto shops would like you to believe).

Does a man need to know how to change his own oil to be self-reliant? I would say no. In my mind, a real man knows when it is prudent to delegate his tasks to others. Do I change my own oil? Well, one time I watched a Youtube video on how to do so, understood the process, and made the calculated decision based on my likes, dislikes, and abilities, that it would destroy a Saturday afternoon if I tried to change my own oil, so I am content to pay more qualified men to do it for me about twice a year. Maybe if I did it a few times I could get good enough at it that it may be economically wise to change my own oil in the long run, but I would rather spend my time learning other skills or improving the ones I already have.

It was actually the very subject of changing oil that my economics teacher in high school used as an example of opportunity cost. He told us, "never change your own oil, it's a huge pain in the ass, you get all messy, and it's just far more worth it to pay someone to do it for you."

If you love tinkering with your car and/or the thought of someone else working on your car makes you cringe, then by all means change your own oil. Me? I'm gonna keep kicking back reading a magazine and watching ESPN in an air-conditioned room while a complete stranger messes with my car. If it is made clear to me that the inability to change my oil is the only thing keeping me from being knee deep in gorgeous women, then I might re-weigh my opportunity costs. Until then, I'm gonna be lazy. Try and stop me.

Are men deteriorating in the 21st century? Maybe. But changing the oil in a car is neither the cause nor the solution.

Oh, but don't let them con you into changing the air filters, it's a total ripoff and something you can easily do yourself.

3 thoughts on “Real Men Change Their Own Oil! (Masculinity and Opportunity Cost)”