I don't often talk about current events in detail, but this one was just too juicy to pass up.

This past Sunday, a doctor was forcibly removed from a United Airlines flight for...doing nothing wrong. It sparked a multitude of outbursts on the internet (and some pretty funny memes), and has caused United to issue a (delayed) apology and announce that they will change their policies.

Here's the short version of what happened (longer version here):

A United Airlines flight from Chicago to Louisville, Kentucky was completely full, and United needed to fly four employees to Louisville to service a flight out of there, else it might get cancelled. They tried the whole "would anyone like to take a flight tomorrow for $800 in travel vouchers?" bit, and no one budged. They then (naturally) picked four people at random to deplane. Three went without a fight, but the fourth person wasn't having it. He was a doctor and said he needed to get back to see a patient the next day. They then got security to (literally) drag him off the plane.

Before we get started with this, let me just say that I'm not blaming the security guys for dragging him off, they were just doing their job (although United has put one of them on leave because he apparently "violated policy", but that seems like a sketchy attempt at an excuse to me). In any case, once the burly men come in and tell you to leave your seat, and you don't leave your seat, then what do you think they are going to do, give up? No, they are going to remove you by any means necessary.

But, let's look at the myriad of reasons why the situation should have never escalated to that point. 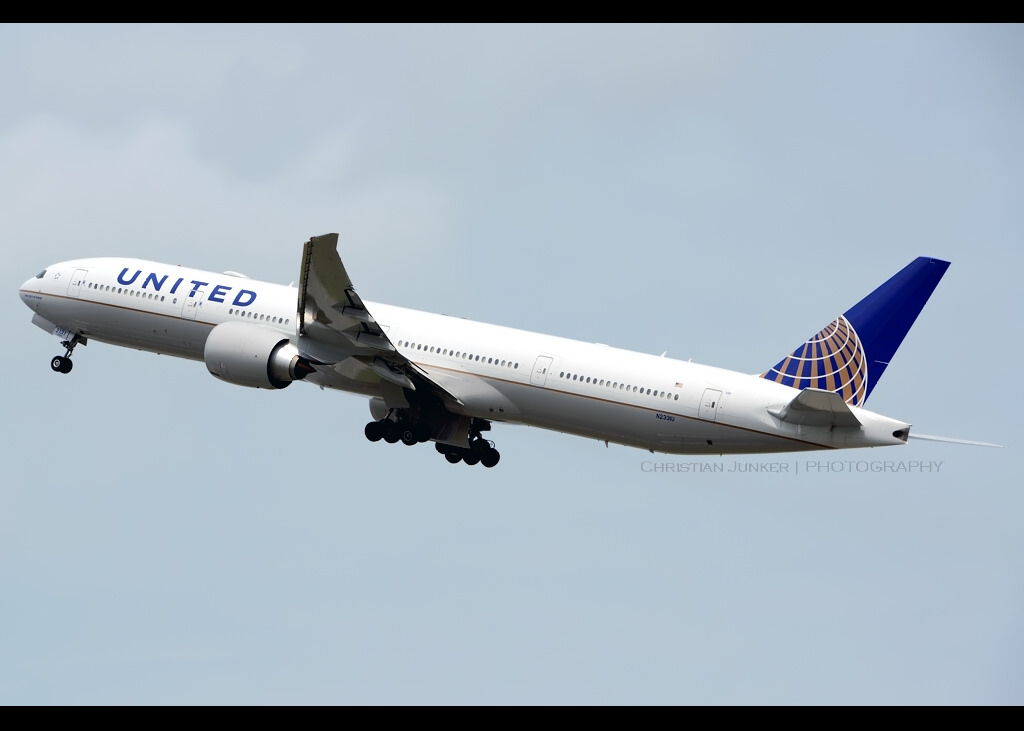 1. Choose the Path of Least Resistance

I know tensions are high in situations like this for the people who man the gates for airlines, and logical thinking takes a backseat to "policy", but when the guy says he is a doctor and says he has to get back to see a patient and refuses to get off the plane, why is the first step not "okay, let's pick someone else to ask" ? The people were chosen at random, there was no reason why this guy was any more worthy of a forced deplaning than any of the other paying customers. If your policy is to randomly pick people to force off a plane, then maybe try to "randomly" pick some people who look like they wouldn't mind taking the next flight.

Did they have something against this guy? I know some people have cried "racism" because the man is Asian, but that seems like a stretch to me. I think it is more a classic case of "but...the rules say we have to pick people to force off...and you are the chosen one, so there can be no one else!" Did they not want to let him get away with his excuse because they thought it might empower everyone else to do the same? Now, I haven't read yet what kind of doctor he actually is, but it does have implications that could be fairly serious. What if he was a psychiatrist and had an appointment the next day with a patient who was known to do crazy violent things if he didn't get his therapy session? What if he was a heart surgeon who had to do a transplant the next day, and if he didn't do it then the patient might die? Was the airline official willing to take the chance that the situation wasn't so dire?

2. Any Good Samaritans Out There?

If the airline wasn't going to budge after someone blatantly refused to get off the plane, why did no passenger sitting near him hear his story and go "hey, if this guy really needs to get home that bad, then I'll get off." A lot of people may have thought about it, but decided that someone else should do it. Not you, you have that thing tomorrow. Or it was a classic case of "sure glad it's not me who is getting forced off this plane, nap time."

Also, it's not like this was a transatlantic flight. If they really needed to get to Louisville the next day, they could rent a car and drive there in about four and a half hours. Annoying? Yes. But a valid workaround.

3. Actually Give People an Offer That They Can't Refuse

This is my favorite option, as it would have been a way for the airline to get what they wanted without making anyone mad. When they came on the intercom and said "would anyone be willing to take a flight tomorrow for an $800 voucher?" and no one took the offer, then obviously that flight was worth more to everyone than $800 worth of plane tickets (which, considering that apparently getting on a United flight is no guarantee, can you blame them?). So, why didn't the airline just keep upping the offer until, I don't know, four people actually did take it? In that case, you would have had this brilliant thing called choice. People don't like to be forced off a plane if they haven't done anything wrong, but if the price is right, anyone will willingly get off a plane. It may have cost the airline a few extra dollars, but in hindsight, it would have been peanuts compared to the massive drop in stock price and cost of this ensuing lawsuit. I think it would have been funny if it was a flight full of business executives whose time was extremely valuable, so no one was willing to get off the plane until offered more money than most people make in a year.

In a Weird Way, We Chose This "Forceful" Approach

This story brings up a very important concept that many people don't often realize: every time you make a purchase, you are "voting" with your money. You are telling a business "I am willing to pay this much money for this good or service". If enough people pay money for certain goods and services, then businesses take note and find out how they can offer more goods and services like that. It's how the world works.

Let's look at an example. Say you are a cobbler, and you only sell one type of shoe: the brown dress shoe. You sell brown dress shoes in two varieties: one is assembled based on predetermined patterns, so each shoe is the same. This method is very efficient, so you can make a lot of shoes for not too much money, therefore, these shoes are cheaper. The other method is custom measure a consumer's foot, so that the pattern for the shoe fits their foot exactly. This method takes more time and cannot be done on a large scale, so these shoes are naturally more expensive, but customers often praise how comfortable their bespoke shoes are.

As a business owner, you are very concerned with how much money you are bringing in, because you have to feed your family. At the end of the month, you analyze all the money you made selling shoes. You find that even though the "prefab" shoes are cheaper, you are able to sell a lot of them, whereas not too many people opt for the more expensive custom shoes. Since you make a majority of your profits from the prefab shoes, you decide to concentrate on that, so you stop offering custom shoes. The people have spoken (with their money), and they decided that they wanted the cheaper shoes.

What does this have to do with doctors being forced off airplanes? Well, it's a perfect example of just how far commercial aviation has come. People who are old enough to remember will probably tell you that flying on a plane used to be a "magical" experience. Flight attendants were gorgeous, everyone was very well dressed and polite, and there was plenty of legroom. Fast forward a few decades, and people are getting dragged off of planes. What happened?

Well, several decades of optimization happened (as well as one major terrorist attack involving airplanes). As this article points out, the cost of plane tickets dropped by about 50% between 1980 and 2010 (adjusted for inflation), which is incredible considering the price of jet fuel has gone up tremendously in that same time frame. Now, a lot of this is due to the fact that the U.S. government dropped a lot of regulations for flying in 1978 (proving again that small government is usually a good choice), but it's also due to cut throat competition among airlines. For the past few decades, people have consistently showed that they want airfares to be as cheap as possible. So, airlines have done everything possible to cut costs and optimize profits so that they can offer cheaper fares than their competitors.

Of course, there are several hidden costs to cheaper fares that we are inadvertently "choosing" as a result. One of these is the fact that overbooking is now a common practice for airlines. It's more or less a guarantee that not everyone will make it to a flight on time, so why not overbook by a few seats? If you play the game well, then every airplane will take off with no empty seats. There is, of course, a problem that is created if everyone does show up to the flight on time. What happens then? Apparently the United approach is to offer them up to $800 in ticket vouchers to take another flight. What if no one takes it? Force them to! According to the NYT article I linked, United forced 3,765 people off overbooked planes in 2016 alone. That is, of course, small compared to the 86 million passengers they had in 2016, but that's still 3,765 people who probably don't like United too much. Apparently, all those people just took it, and got off the plane even though they had paid for their seats.

It's a sketchy practice, but from a business standpoint, it's a good way to ensure that you don't have to pay more than 1-2 thousand dollars to people who don't get on overbooked flights. Apparently, most people are okay with being forced off planes (or, at least, okay enough not to require actual force and/or threaten lawsuits). Perhaps other airlines go for my method of "keep increasing the price of the bribe until someone leaves the plane willingly", but that obviously could cost the airline more money, even though it is an arguably better business practice from a PR standpoint.

If all airlines stopped overbooking, and even made it so that all flights would have a few extra seats should any employees need to go on a last-minute trip, then ticket prices would assuredly go up. As a consumer, are you willing to deal with that? Or if an airline went back to overbooking so that they could offer cheaper prices, would you be the first on board?

Americans seem to consistently decide that they want the cheaper options, which can be seen pretty clearly by the fact that America's Airlines are the Most Profitable and the Least Comfortable. The American people have spoken: we are okay with being stepped on if that means we can save some money.

So, if you hate crappy airline service and don't mind spending a few extra bucks for comfort and security, then you can think Mr. David Dao for saying "I'm not gonna take it!" and kickstarting the campaign for better airlines.

And if you ever fly ZachAir, then you can be assured that you will never get thrown off a plane...because I'm not strong enough to do that.

One thought on “How Are You Voting With Your Money? Lessons from the United Airlines Debacle”