In case you weren't aware, every man has a plan (read it over if you can). It seems like one of those things that is inherently manly, to know what you want to do, where to go, and how to get there. Now, this is not to say that women can't have plans too (I would even argue that women are better at making plans), but usually in Western societies it is the man's responsibility.

Why You Should Make Plans in Advance 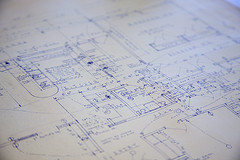 Plans really help streamline your life. A lot of inefficiencies we face stem from the wishy-washiness that comes from trying to make plans on the fly. After all, you will always make plans at some point, many of us just wait until the last possible second to do it. A common example (in my life at least): deciding where to go to eat. This is a decision that is often made on the fly, and that comes with some problems. What happens is that you usually wait until you are hungry before you decide to start thinking about where to go. Then comes trying to compromise between yourself and however many other people to come to a final conclusion. Since everyone is more than likely hungry, the time spent coming to this conclusion is cutting into your time before you can eat...and everyone will probably start to get a bit annoyed at each other. If you had thought about this even a few hours in advance, then you could have been eating at this time. Also, waiting too late for something like a restaurant can mean not getting a table, so sometimes the necessity of making reservations in advance can force people to get their act together when it comes to making plans.

Now, you might be thinking, "I don't like to decide on a place to eat in advance because I like to wait and see what I am in the mood for." While this is a perfectly reasonable and common approach to things, I'll assert that it is not necessary. Most of the time, I find that when I plan things in advance, it actually makes me crave them more. Say, if on Wednesday my friends and I decide that we are going to go to a really good steakhouse on Friday night, then I'll just spend all the time in between thinking about which steak I am going to get, which side I want, and how awesome it is going to be. I don't think it ever happens that the time comes to actually go to that restaurant and I am like, "eh, I'm really in more of an Italian food mood tonight." Many times, the decision determines the reality, not the other way around. Try it, you'll see.

Plans and Flexibility: When Should You Call an Audible?

I'm a man, and as men we are called to conform to basically a paradox of ideals: we should be staunch, firm, assertive, but also laid back, cool, and "up for anything" (at least that's what the beer commercials say). So, which one of these conflicting ideologies wins when it comes to plans? Should you go with the flow or "stay the course" at all costs?

While all situations are different, I'll give you my philosophy on changing plans based on an "always, sometimes, never" approach.

When You Should Change Plans:

This is one of those times when I think the conflicting ideologies of men can actually come into alignment. Basically, you only should change plans when things happen that are out of your control that you can't work around. Think of it just like you are a quarterback for an (American) football team. You are the fearless leader, stepping up to the line, and you see that the defense is lining up in a way that will shut down the offensive play you were planning on running. Now, the play was called by your coaches, and we assume they are smart and know what's right for the team at this juncture, so you have to make the executive decision that the play they called is wrong for the current scenario and the team is better off if you abandon their plan and do something different.

This can range from an easy to extremely difficult decision. On the easy side, you might have planned to have a picnic on Saturday, but when Saturday rolls around there is a massive rainstorm. A picnic probably wouldn't be too enjoyable, so you decide to do something else. You can't control the weather, so you have to be flexible and change the plan, even though you may have really wanted to go on a picnic.

Now, it can get pretty dicey when it might not be too clear if the plan really needs to be changed and there are other people involved, so this is one of those things in life that really separates the men from the boys. Just always ask yourself, "if we go with the plan, will it result in a complete disaster because of an external force that I can't control?" If the answer is "yes", then think of a different plan. Just always make sure that if you are with other people that you explain your reasoning so that they don't get mad at you for changing the plan.

When You Can Sometimes Change Plans:

For this one, I'll give the example that you had planned on making my Manly Skillet Choizo Hash for dinner, but get home and decide to instead make my Italian Sausage Spaghetti recipe. If you are cooking for yourself and have all the ingredients for both, then it is not a big deal if you decide to go against your previous plan as long as there is no one else involved.

That last bit is the key to this point: only change your own plans if no one else is relying on them. If you invited some friends over and told them you would make your famous chicken stir fry and instead served them a salad when they got there, it wouldn't be very respectful to them. Even if they like salad and didn't mind that you changed, they still were probably looking forward to your chicken stir fry, and were at least a tad disappointed that you went against their expectations.

Why I think this should only be a "sometimes" thing is that you don't want to get in the habit of always changing your own plans, because it could lead to a future of you becoming flaky when it comes to following through with other people's plans. Every once in a while, it is good to go against your expectations. It keeps life interesting. But it should be the exception, not the norm.

When You Should Never Change Plans:

Basically, if none of the criteria I mentioned above were met, then you should stick to the plan. If other people are relying on you, don't let them down.

It doesn't just take other people, though. Say you planned on working out after work on Monday, and when work comes to a close you think, "man, I'm super tired, I really don't wanna work out, I'm just going to go home and take a nap instead." People are notoriously bad at sticking to plans when they really don't like the plans, and avoiding exercise is probably the biggest offender. This is also a common time to use that imagination and think of plausible external forces you can use as excuses. One time, I actually did plan on working out after work on a Monday, and when I got to work I realized I forgot my gym shoes. Now, I could have used this as an excuse to skip working out, but instead I just worked out in my dress shoes (I am planning to get a new pair soon, so I wasn't really worried about damaging them). Remember, I said only give in to external forces if there is no work-around. Don't be so quick to give up, if you use that noggin of yours then you can probably think of a way to stick to the original plan or perhaps a slight variant.

This also goes for plans other people make. If someone asks you to do something and you say "yes", then you've gotta do it. If you promised to pick your kid up from soccer practice at 4:00 then you sure as hell better be there. They aren't gonna care if your boss asked you to work late that day or if there was traffic. All they are going to care about is that every other parent came and got their kids and you left them waiting. Don't be that guy. Sometimes you have to do what you have to do, even if you don't want to, and even if the conditions aren't perfect.

One final thought, just so you don't get too attached to your plans:

The best-laid schemes o' mice an' men
Gang aft agley*,
An' lea'e us nought but grief an' pain

-Robert Burns, "To a Mouse"

Thanks for reading! Let me know if you agree, or if you think there are other conditions that warrant changing plans.

2 thoughts on “Every Man Has a Plan, But Should He Always Stick to It?”